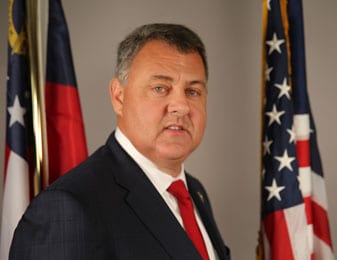 “Senate Bill 66 is the result of years of hard work and compromise with local governments, telecommunications conglomerates and members of the General Assembly,” said Sen. Gooch. “With the growing demand for internet access for purposes greater than entertainment, this bill, which similar legislation has already been passed in 22 other states, will ensure that we do not fall behind in meeting the needs of Georgians. I was proud to see Senate Bill 66 pass with unanimous support coming from both sides of the aisle, and I look forward to seeing the House continue moving this important piece of legislation forward.”

Senate Bill 66 is one of three bills (the others being SB 2 and SB 17) introduced this session to address the expansion of broadband into rural parts of Georgia. After its passage in the Senate, SB 66 has been sent to the House of Representatives for consideration. The full text and progress of SB 66 is available at this link: http://www.legis.ga.gov/legislation/en-US/Display/20192020/SB/66.

Sen. Steve Gooch serves as Majority Whip of the Senate Majority Caucus. He represents the 51st Senate District which includes Dawson, Fannin, Gilmer, Lumpkin, Union and White counties and portions of Forsyth and Pickens counties.  He may be reached at 404.656.9221 or via email at steve.gooch@senate.ga.gov