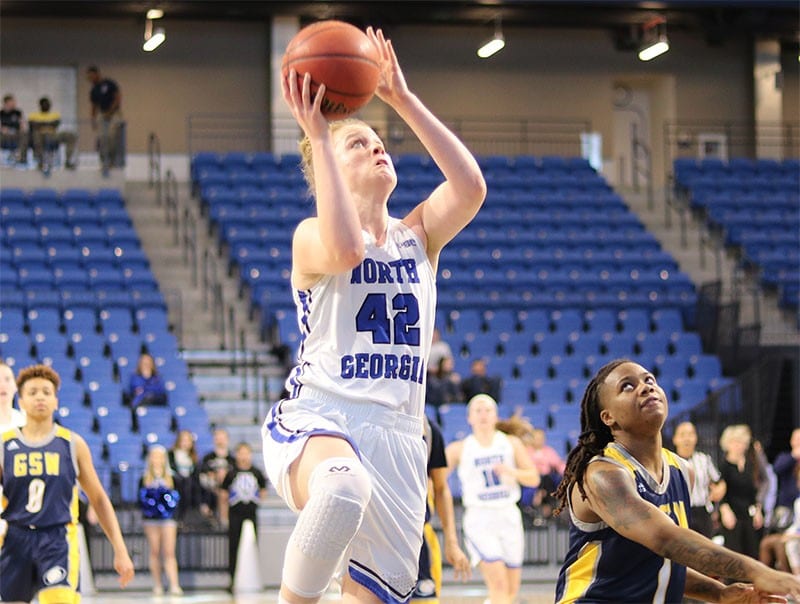 BELMONT, N.C. – The No. 9 University of North Georgia women’s basketball team fell for the first time this season in a 65-56 loss to Belmont Abbey Saturday afternoon.

Trailing 25-18 in the second quarter, the Nighthawks went on a 10-0 run to take a three-point lead, but that would be the last time UNG was in front as the Crusaders responded with a 9-0 run to finish the half and held on for the entirety of the second half.

NOTES
Julianne Sutton led UNG with 16 points, while Kara Groover notched the first double-double of the season with 13 points and 10 boards.

NEXT UP
North Georgia will hit the road again on Wednesday for its final non-conference tuneup at Clark Atlanta. Tipoff is set for 6 p.m.