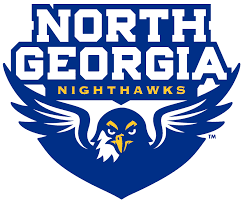 DAHLONEGA – The 2021-22 athletic season is set to kick off as the University of North Georgia will have its first athletic events of the year this week, including the first home event of the season and the first full capacity home soccer match in nearly 22 months. This season’s weekly preview is presented by Northeast Georgia Health System, the official healthcare partner of UNG Nighthawk Athletics.

Single game and season tickets are available for all home soccer matches while home cross country events are free to the public. All home events will be broadcast live courtesy of the Nighthawk Sports Network.

WOMEN’S SOCCER
The women’s soccer team will open up the season on the road at Carson-Newman Thursday afternoon with kickoff set for 3 p.m. The Nighthawks, under head coach Kayley Ralton, finished as the No. 2 seed in the Peach Belt during the spring season, falling to Columbus State in the semifinals of the league tournament.

North Georgia will be led by Preseason All-Conference honorees Abbie Crane, Maysoon El-Shami and Taylor Malasek. UNG was picked to finish third in the league by the head coaches.

Carson-Newman was picked fifth in the South Atlantic Conference preseason poll and had five Preseason All-SAC nods, including two on the first team in Emilee Futrell and Addie Henry.

MEN’S SOCCER
North Georgia will open up the season at home Thursday at 5 p.m. against Erskine. UNG, led by head coach Pat Parris, will be looking to get back to the league tournament after finishing outside the top four in the spring.

The Nighthawks were tabbed fifth in the preseason poll released last week.

WOMEN’S CROSS COUNTRY
The UNG cross country team will open up the season Friday morning at 9 a.m. at Kennesaw State. The 4K race will take place at Noonday Park in Kennesaw.

The Nighthawks were chosen as the favorites to win the PBC championship after falling in a tiebreak a year ago to Flagler. Taking three first place votes in the poll, UNG will be led by returning All-Conference honorees Claire Mills, Sydney Bolyard and Karmen LeRoy, all of which finished in the top eight of the conference meet in 2020.