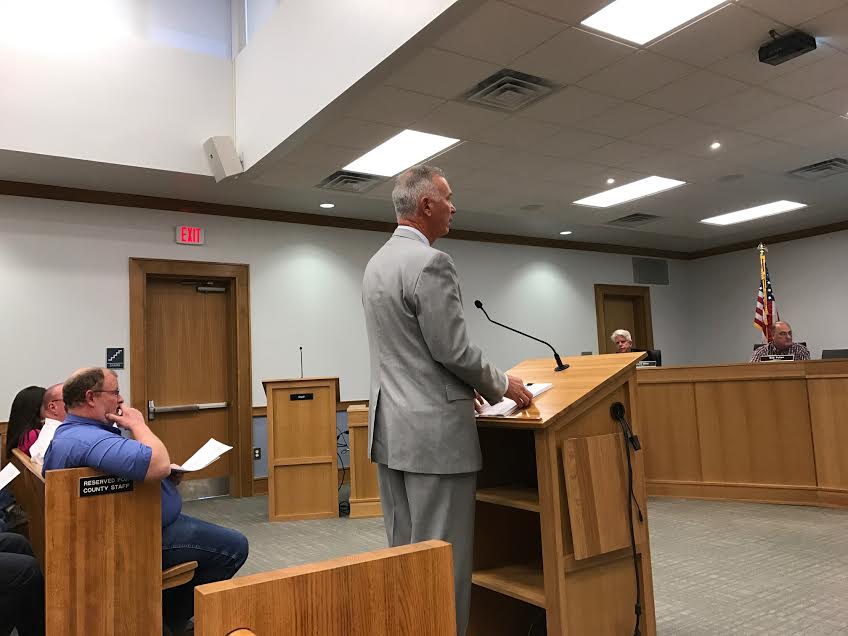 Miles was the neutral intermediary who facilitated the meetings between Chairman Chris Dockery and City Manager Bill Schmid that led to the agreement. Dockery was expected to sign the final agreement Wednesday.

Under the SDSA, the city will pay the county the sum of $50,000 annually for the capital acquisition costs of a ladder truck and supplementary fire services provided by the county to the incorporated area of the city.

The city also will pay the county $8,000 annually for supplemental law enforcement expenses incurred by the county by virtue of the city’s use of off-duty deputies from the Sheriffs Office. That payment shall be in addition to the direct payments by the city to the deputies. The city will provide liability insurance coverage for those deputies assigned to city duties. The city and sheriff may agree in writing to additional supplemental law enforcement services during the term of the agreement with the consent of the county.

The SDSA also calls for the city to pay the county from amounts collected by the City’s Municipal Court the l0 percent court add-on fee designated by state statute for “jail construction and staffing.”

Commissioners also agreed to submit a request for a third extension of the $500,000 Community Development Block Grant (CDBG) first applied for in order to secure funding necessary to make certain waterline improvements.

In August 2016, the county asked for and received a 90 day extension from the Department of Community Affairs to ensure sufficient time to close the grant. In November 2016, the County submitted a second request to DCA to extend the grant period by thirty days in order to draw the remaining funds available in the project budget. DCA approved that one also. This extension request is  for 60 days.