“Once again, President Trump is making a smart, strong investment in rural America with his executive order directing resources to develop broadband infrastructure in underserved areas. For too long, communities on the wrong end of the digital divide have had to pursue educational attainment and business development with their hands tied behind their backs by copper DSL cables.

“I’m grateful that our president understands that innovation fuels our economy and that high-speed internet access has become a prerequisite to sustainable economic growth. I introduced the Gigabit Opportunity Act because northeast Georgians have been waiting for meaningful infrastructure investments to bring high-speed internet to rural areas, and today’s executive order helps move us closer to that goal.” 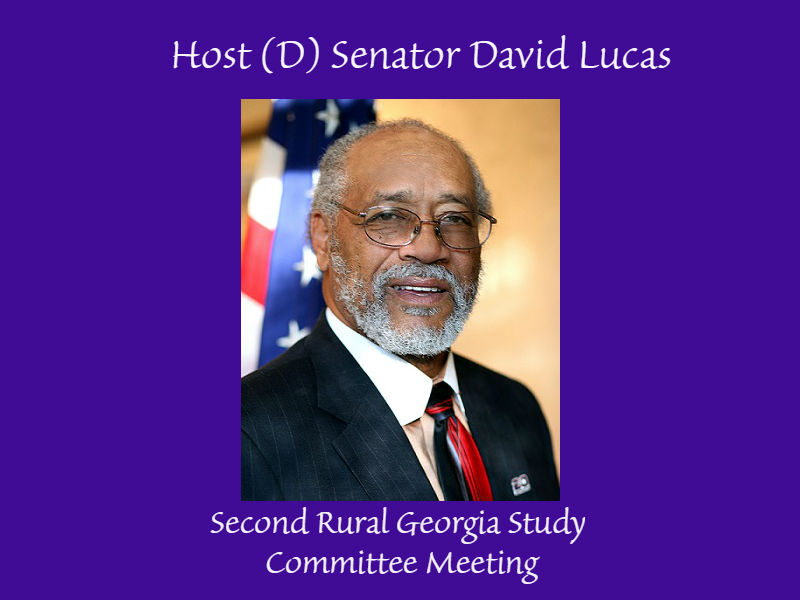 ATLANTA (August 7, 2017) | Sen. David Lucas (D – Macon) will hold a two-day Rural Georgia Study Committee Meeting to discuss broadband, healthcare, telecommunications and developing tourism TOMORROW from 9 a.m. until 4 p.m. and WEDNESDAY from 9 a.m. until 12 p.m. The meeting will be held at the University of North Georgia in Dahlonega.

Sen. David Lucas, Sr. represents the 26th Senate District, which includes portions of Bibb, Houston and Jones Counties and all of Hancock, Twiggs, Washington and Wilkinson Counties. He may be reached at 404.656.5035 or by email atDavid.Lucas@senate.ga.gov.