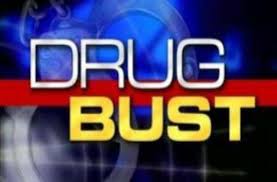 Erin Bouverette, 30, was arrested after a warrant that was served at her residence on Stephens Street in Dahlonega netted approximately 2 grams of suspected methamphetamine.

Eric Hample, 47, and Clyde Adams, 53, were also at the residence when the search was carried out. Lumpkin County officers then searched Adams’ residence on Rens Way in Dahlonega where approximately 32 grams of suspected methamphetamine.

Drugs confiscated had a total street value of roughly $3,740.

Bouverette and Hample have been charged with possession of methamphetamine while Adams faces a charge of trafficking methamphetamine. All three were transported to the Lumpkin County Detention Center without incident.