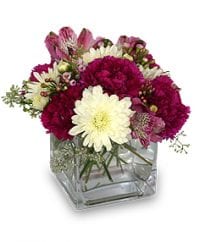 Mrs. Ann Patterson Shirley, age 81 of Dahlonega passed away on Monday, March 20, 2017 at her residence.

Born on September 14, 1935 in Brinkley, Arkansas to parents Leroy and Elva Patterson, she was the wife of Paul William Shirley who together, they owned and operated Gold City Nursing Home in Dahlonega for a number of years. She was a member of the Church of Jesus Christ of Latter Day Saints.

In addition to her parents, Mrs. Shirley was preceded in death by a son, William Michael Shirley. She is survived by her husband, Paul William Shirley of Dahlonega, daughters and sons-in-law; Paula and Bill Wright, Montana and Janna Lynn and Harvey Sutton, Cleveland, GA, and son; James Gary Shirley of Dahlonega. Eight grandchildren and a number of great-grandchildren and other relatives also survive.

The family will receive friends on Tuesday, March 21, 2017 from 6 p.m. until 8 p.m. at Dahlonega Funeral Home. No local services are planned. A graveside service will be held at a later date in her hometown of Brinkley, Arkansas.

Online condolences may be expressed at www.dahlonegafuneralhome.com