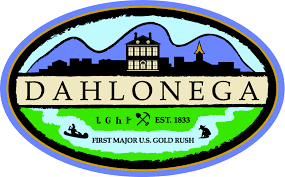 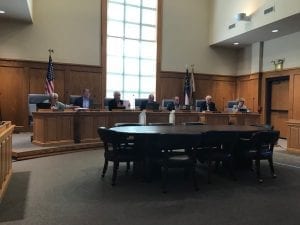 City Manager Bill Schmid explained that many, perhaps dozens, of the changes will involve minor changes in text, such as typos, while others may be significant. “Either way,” Schmid said, “there is a process to be followed.”
Rather than bring a laundry list of amendments to council, Schmid added that staff would prefer to bring them to council incrementally.

The motion council approved Monday does not short change the process. “It doesn’t commit you to any specific outcome,” Schmid said. “It will just let us begin the advertisement. There will still be a public hearing before the Planning Commission before it comes back to you in a work session.”

After the work session, council will still have the final vote on any proposed amendment.

Schmid said staff also has identified a couple of types of event centers the city has, or would like to have. Staff would need to propose definitions to accommodate changes to those zoning ordinances. 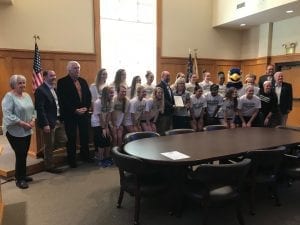 Monday was a day to recognize athletic excellence at the University of North Georgia. Mayor Sam Norton read a proclamation honoring the 2017-18 University of North Georgia women’s basketball team for an outstanding season. The Nighthawks posted a 29-5 record in winning the Peach Belt Conference (PBC) Championship and the Peach Belt Tournament Championship before advancing to the NCAA Sweet 16.

Coach Buffie Burson was named PBC Coach of the Year for the third time in her 24-year career. Abbie Franklin was chosen conference Freshman of the Year and Julie McKie was named PBC Tournament Most Valuable Player.

Schmid said the city has applied for the Georgia Recreational Trails Program grant offered by the Department of Natural Resources (DNR) in the amount of $135,000. The grant requires a 20 percent city match. The grant would be used for the Yahoola High Trestle Trail. If the city receives the grant, Schmid said the project can be completed within two years