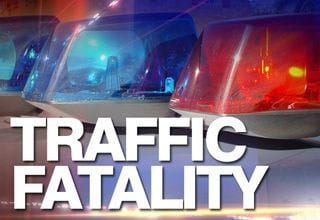 DAHLONEGA, Ga. – A Dawsonville man was killed in a single-vehicle traffic accident on Hwy. 52 West Monday night near its intersection with Applewood Lane in Lumpkin County.

The deceased was identified by Lumpkin County Coroner Jim Sheppard as 52-year-old Jeffrey Wayne Disharoon, of 47 Betts Mine Road in Dawson County.

According to a Georgia State Patrol incident report, Disharoon was the driver of a Ford Econoline van traveling west on state Road 52 when it failed to negotiate a left-hand curve, overturned and struck a tree with its top. The van came to rest on its right side facing south on the north shoulder of SR 52.

Tambra Nelson, 55, of Lumpkin County, was a front-seat passenger in the van. She was transported to Northeast Georgia Medical Center in Gainesville where she was treated for unknown injuries.

The report indicates that both victims had their seatbelts on and that drugs and alcohol are not suspected to be a factor in this crash.