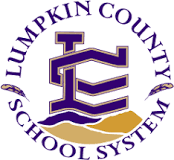 The Lumpkin County Board of Education announced a called meeting for Monday, March 25 at 6:30PM.

Lumpkin County School System announced on social media on Friday, March 22 that the purpose of the meeting is to allow Lumpkin residents to express their concerns regarding the recent resignation of Lumpkin County High School principal, Billy Kirk, “Individuals wishing to address the board can get a ‘Public Comment Sign-In’ form from the LCSS after 8AM on Monday, [March 25].” They further explain that “Completed forms should be given to the board secretary prior to the start of the meeting. Each speaker will be allotted three minutes.

When asked what made the LC BOE decide to hold a called meeting, LCSS Superintendent, Dr. Rob Brown, told FYN, “The board wants to give the community an opportunity to share their input on our current issues.”