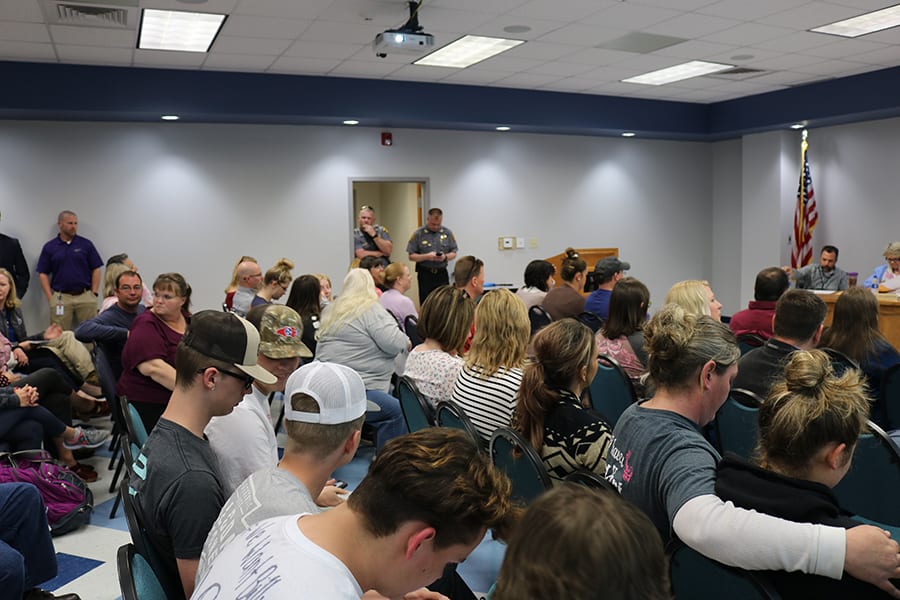 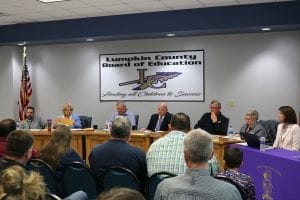 LUMPKIN CO., GA – According to Lumpkin County Board of Education member, Jim McClure, the LC BOE held a special called meeting on Monday, March 25 because, “We have personnel issues to discuss, as normal for this time of year. Most of this will be in executive session…We will have the best students interests at the forefront of any decisions of the board.” LC Superintendent, Dr. Rob Brown, told FYN the purpose of the called meeting was because “The board wants to give the community an opportunity to share their input on our current issues.”

The BOE opened the floor to a large crowd of Lumpkin County residents who had attended in hopes of expressing their opinions on the recent resignation of LCHS principal, Billy Kirk. Those who wished to speak were asked to sign up before the meeting, and they were each allotted three minutes to voice their opinions. A total of 14 attendees spoke out, with 13 expressing favor for Kirk. 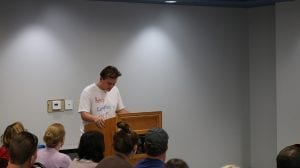 LCHS sophomore, Joseph Thomas, addresses the board, in defense of Billy Kirk

Several LCHS students including, sophomore Joseph Thomas, who told the board that, [Billy] Kirk is directly here for us students…I’m not the type of kid to do this, but I’m going to fight for Principal Kirk.” Another student fought back tears as she explained how Kirk was there for her during the passing of her grandfather, “My grandpa died…he [Kirk] was there. He talked to me when I didn’t even want to come to school. He was there, and you couldn’t ask for a better principal than him.”

Once the board heard those who wanted to speak, they entered a two-hour executive session. After the executive session ended, board members continued the meeting by discussing a list of personnel recommendations; included on that list was the recommendation to rehire Kirk as principal of LCHS for the upcoming 2019/2020 school year, “Billy Kirk was not reinstated.” Brown told FYN after the meeting adjourned, “He has been rehired for the upcoming school year.”

FetchYourNews.com attracts more than 300,000 page views and 3.5 million impressions per month for ad serveFYNTV attracts approximately 15,000 viewers per week and has between 15,000 to 60,000 per week Facebook page reach. For the most effective, least expensive local advertising, call 706-276-6397 or visit advertise@FetchYourNews.com