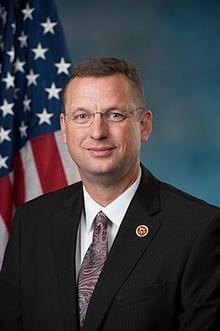 Collins letter stated: “ . . . I write encouraging you to invite Special Counsel Robert S. Mueller, III to testify before our Committee without delay. If you seek both transparency and for the American public to learn the full contours of the Special Counsel’s investigation, public testimony from Special Counsel Mueller himself is undoubtedly the best way to accomplish this goal.

“Last Wednesday, the Committee voted to authorize you to issue a subpoena for the Special Counsel’s report and underlying evidence used in the investigation. Democrats unanimously rejected a Republican amendment exempting material covered under Federal Rule of Criminal Procedure 6(e), “Recording and Disclosing the Proceedings” of the federal grand jury. In rejecting this amendment and supporting the subpoena, you and your fellow Democrats created an untenable but politically convenient situation: Force Attorney General William P. Barr to break the law to comply with your subpoena or label him as part of a cover-up if he does not.

“In your opening statement at Wednesday’s business meeting, you referenced the investigations into President Nixon and President Clinton as situations when Congress received 6(e) material. While grand jury material was released to Congress in those instances, your attempt to draw on this precedent and your repeated analogies between today and those prior instances are thoroughly inaccurate. As you undoubtedly know, Congress received 6(e) information during the Nixon era due to a federal court order hinging on the fact Congress had already begun impeachment proceedings. In 1998, Independent Counsel Kenneth W. Starr was operating under a statute separate and distinct from today’s Special Counsel regulations. Starr was an independent counsel — not part of the Department of Justice — and was required to “advise the House of Representatives of any substantial and credible information which . . . may constitute grounds for impeachment.” Starr went to federal court to fulfill his legal duty to give Congress “any substantial and credible information” pursuant to his mandate. As you also know well, the Independent Counsel Act expired under President Clinton and was replaced with today’s Special Counsel regulations, drafted by then-Attorney General Janet Reno.

“To ignore the law and conflate prior situations with the current Special Counsel’s report is irresponsible and imprudent. This behavior disrespects the law we are supposed to uphold and must stop.

“Perhaps you are loath to begin an impeachment hearing when the facts do not support one, but the precedent for Congress receiving 6(e) material is clear, and such precedent does not support your current demands. In fact, this view was further bolstered by a ruling last Friday in the Circuit Court for the District of Columbia, which noted federal judges do not have inherent authority to disclose protected grand jury materials except in specifically-authorized exceptions. Courts have, however, recognized a formal impeachment inquiry under the “judicial proceeding” exception as grounds for transmitting such 6(e) material to Congress. Instead, you refuse to head down that path for political reasons, and have chosen the path of greatest resistance, and least legality — attacking the Attorney General for refusing to break the law while misleading the American public about what the law requires or allows.

“Your decision to make groundless claims and repeatedly threaten to go to court not only distracts from other Committee business but, based on firm legal precedent, will also end — after months, if not years, of litigation — without the Committee receiving the material you say it requires to complete its work. If you decline to launch an impeachment inquiry, which is your clear legal path to the 6(e) grand jury information, I suggest instead inviting Special Counsel Mueller in to testify before the Committee as soon as possible.

“For nearly two years, Special Counsel Mueller oversaw an investigation that issued more than 2,800 subpoenas, executed nearly 500 search warrants, and interviewed approximately 500 witnesses. Attorney General Barr was never a part of this investigation, and instead simply reviewed the Special Counsel’s final report and has provided Congress, so far, with the Special Counsel’s principal conclusions. While he can testify surrounding his decision to provide the Committee with principal conclusions, it is Special Counsel Mueller who is best-positioned to testify regarding the underlying facts and material in which you are so interested.

“To that end, Special Counsel Mueller should be invited to testify before the Committee during the week of April 22. Although the House is expected to be in recess that week, I think we can agree this business is too important to wait, and Members of the Committee will surely return to Washington at such a critical moment in our country’s history. I urge you to do the right thing, follow the law, and invite the Special Counsel to testify before the Committee immediately. Doing so ensures we will all hear the unfiltered truth from a man who conducted his investigation with integrity and professionalism.”