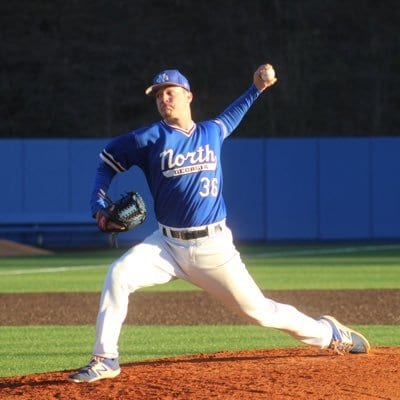 Bower picked up a win in his only appearance last week, pitching seven shutout innings against Lander. The junior from Lawrenceville, Ga., struck out a career-high 12 batters over seven innings, allowing only two hits and three walks as UNG won 7-0. He set down the side in order twice and retired the final seven batters he faced in order. Bower is tied for the PBC lead in wins and is also third in ERA and seventh in strikeouts.

The Nighthawks will head to Columbus State on Friday to take on the Cougars with first pitch at 7 p.m.