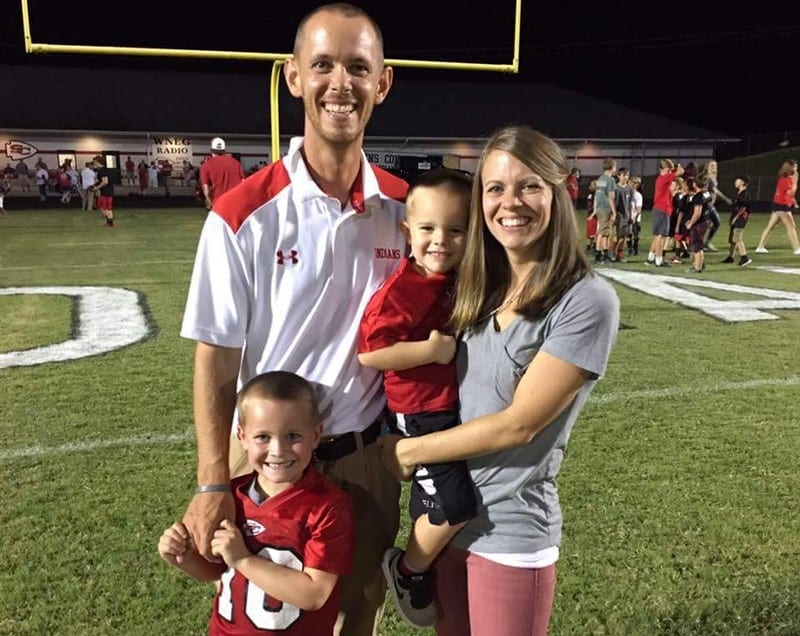 DAHLONEGA, Ga. — The search for a new head football coach at Lumpkin County High School is over.

Sorrells is no stranger to winning football programs. He played college football at Carson-Newman and when he graduated, he started his coaching career at Gaffney High School in South Carolina where the team won a state championship. He then moved to Cartersville High where he was on the staff that won another state championship.

For the last three seasons, he has been an assistant head coach and quarterback coach at Stephens County High School.

“We are really excited to have him,” Jenkins said Tuesday. “When the search committee interviewed him, he showed a real excitement and enthusiasm. He has really studied Lumpkin County football and made it a point to say ‘I’m not running away from anything, I’m running to Lumpkin County’”

Sorrells will replace Shane Williamson who resigned to accept a coaching position at Hawkinsville High School. Williamson served as LCHS head coach for three seasons and posted a 8-22 record.

The Indians open the 2019 season on Aug. 23 with a non-conference home game against East Jackson.