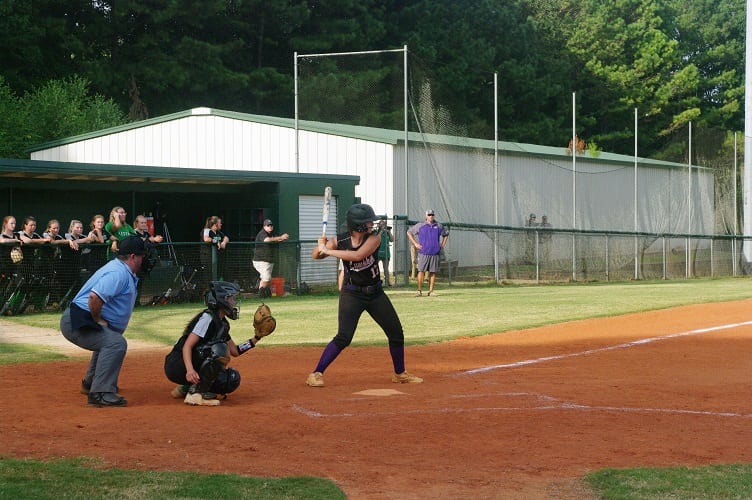 After a loss against the Lumpkin County Lady Indians on Tuesday, the Pickens Dragonettes weren’t going down without a fight on their home turf. And that’s exactly what they did; the Nettes came back to win 9-4 on Thursday’s matchup.

But Lumpkin County didn’t make it easy for them. The Lady Indians played an explosive first inning, with four hits and four runs. Shortstop Evee Dornhecker had a leadoff single, followed by a single from first baseman Natalie Robinson. Later in the inning Natalie Schubert launched a triple to center field, earning her two RBIs and the Lady Indians a lead of 3-0. The final run of the inning came from a single off of third baseman Hannah Pulley, and the Nettes came up to bat facing a four-run deficit. 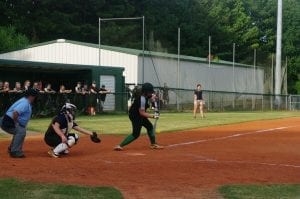 Along with pitching a solid game, Emma Black brought in several RBIs for the Nettes.

The Nettes struggled against the Lady Indians defense for the next couple of innings. But that started to change in the bottom of the third.

Starting pitcher Emma Black set off the Nettes comeback with an RBI. This was followed by another single and RBI by right fielder Payton Green. The Lady Indians still came up to bat with a 4-2 lead, but were unable to put any more on the board after the Nettes got started.

The Nettes added two runs and tied the game in the bottom of the fourth. Left fielder Morgan Krastes led off the inning with a double, and second baseman Sarah Morris and Emma Black each had singles with RBIs of their own.

The Nettes continued to add to their lead with five more runs in the bottom of the fifth. 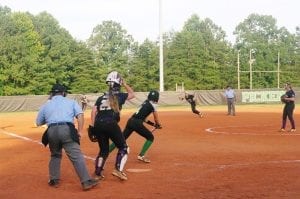 According to head coach Sarah Pinson, Sarah Morris and other seniors of the Nettes helped to bring them the win.

Two more RBIs for Emma Black assured Pickens a solid lead, as did another RBI single for Sarah Morris.

Although the Lady Indians were able to gain a few more hits, it was not enough toget them past the 9-4 lead the Nettes gained after the fifth. Each time had eleven hits. Starting pitchers Emma Black for the Nettes and Lauren English for the Lady Indians pitched full, solid games. Black got five strikeouts; English had two.

“We have some great leadership,” said Pinson. “We have three seniors- Chloe McPherson, Sarah Morris and Charlie Hulsey, and they kinda gathered the girls around and pumped them up.”