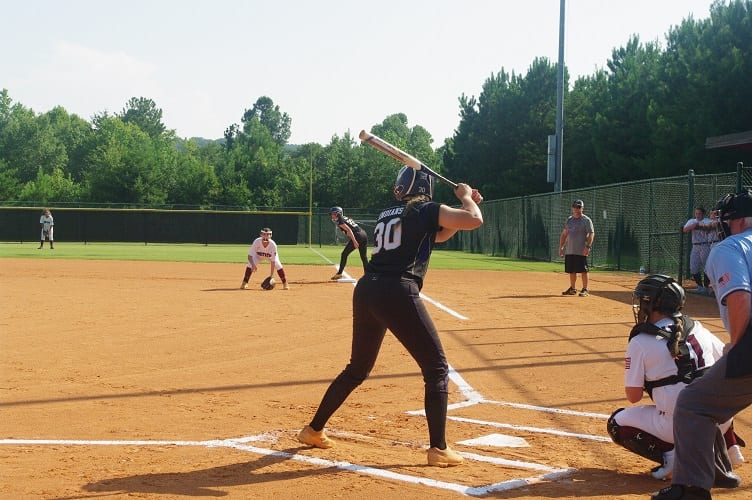 The evening was hot and so were the Lady Indians in their first game of the week against the Chestatee War Eagles. After just three innings the Lady Indians walked away with a phenomenal victory of 17-0.

Shortstop Evee Dornhecker got things started with a leadoff single in the top of the first. Two batters after first baseman Natalie Robinson was walked, Emmie Graham drilled a single down the third base line to load the bases. Haley Voyles stepped up and hit a chopper to the infield, and an error on the War Eagles first baseman gave Dornhecker and Robinson time to score. With those two runs the Lady Indians were off to a great start 2-0 going into the bottom of the first.

Chestatee managed to get the bases loaded in the bottom of the first, but starting pitcher Lauren English held them back with a great first inning- two strikeouts back to back for the final two outs. 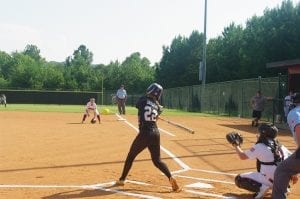 Shortstop Evee Dornhecker for the Lady Indians hit three singles, a double and earned three RBIs over the course of the game.

The Lady Indians were only getting started with their offense going into the second inning. Alyssa Pulley nailed a single down the third base line, and A.K. Wilson put down a perfect bunt to get on first. Dornhecker hit another single to left field, and once again the Lady Indians had the bases loaded. English stepped up and launched a double to the center field wall, earning herself two RBIs and the Lady Indians two more runs.

With no outs on the board the Lady Indians still had plenty of inning to bat. Chestatee starting pitcher Hannah Pierce walked Natalie Schubert and Graham. Voyles stepped back up and smacked a single between the second and first base gap bringing in Schubert. Third baseman for the War Eagles couldn’t get a handle on a drive from Wilson, and for the third time that night the Lady Indians had the bases loaded.

Dornhecker hit her third single of the night and earned two RBIs. Another hit by Robinson brought in another two runners. The Lady Indians earned five runs throughout the second inning to extend their lead 12-0.

The War Eagles attempted to earn some runs with a couple of hits throughout the bottom of the second, but it was not enough against the Lady Indians defense. 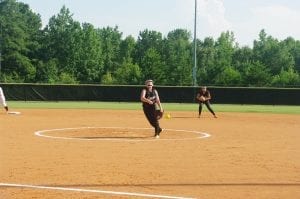 The War Eagles fought for some runs with a few more hits in the bottom of the third, but still couldn’t get anything on the board. The Lady Indians won on a run rule, 17-0.

Among the stellar offensive performance for the Lady Indians were three singles, a double and three RBIs for Dornhecker, two doubles with two RBIs for English and two singles by Alyssa Pulley. English also pitched all three innings with three strikeouts.

Coach Joe Jones for the Lady Indians was exceptionally proud as he said, “We came out of the gate and hit very well…they threw strikes, we hit it and we hit it hard. Hopefully we can continue to build off that and start like we did today in the future.”

The Lady Indians are now 3-4 in their season. They will play Chestatee again at home on Thursday at 5 p.m.