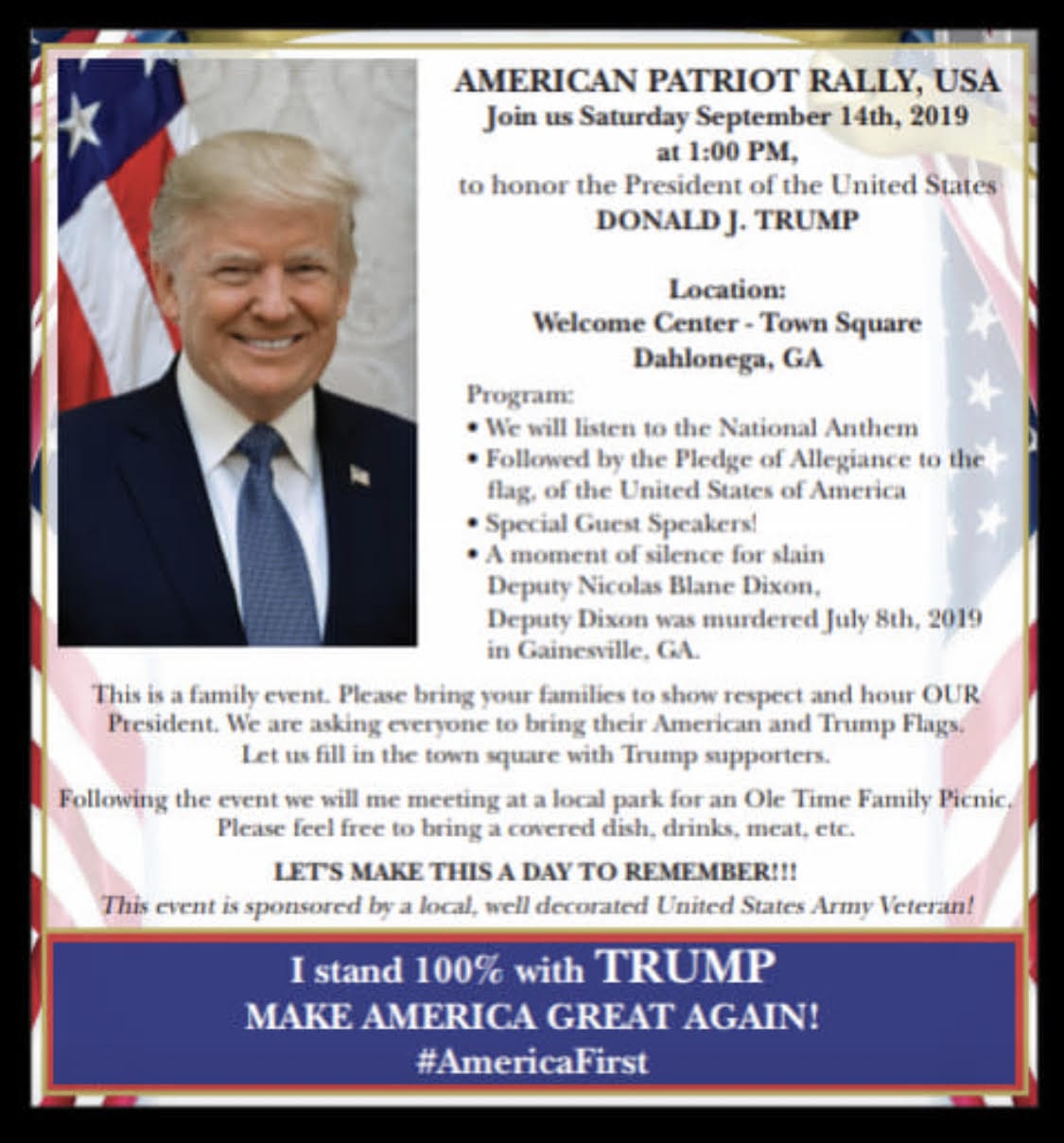 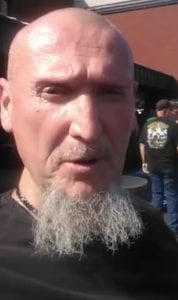 “There will not be one single word about recruiting for any organization,” he said. “It’s simple. This is all about a tribute to President Donald Trump. We’re going to sing the National Anthem, recite the Pledge of Allegiance and have a moment of silence for former Hall County Deputy Nicholas Blane Dixon.”

Dixon is the deputy who was shot and killed in Gainesville in July while in pursuit of a stolen vehicle. Dixon, 28, left behind a wife and two young sons.

Doles said he withdrew his notice of intent because of the reaction from Atlanta Antifascists. “I submitted my notice around the first of August and was hoping to get 100 or more people to attend. But within a week, they began sending out emails trying to scare people out of coming. So, I withdrew and Dustin Pinner, who is my neighbor and a friend filed the notice. Davis is a decorated veteran who served two tours of duty in Iraq. He’s not a member of any extremist organization.”

Doles said he is hopeful the event will be a peaceful expression of support for the president. “No one in our group will be armed in any way. We will have our wives and children with us. At the start of the event, I’m going to make an announcement asking everyone to refrain from any violence.”

He expressed concern about what he called “Antifa tactics” of placing their people in the crowd wearing MAGA caps and having them start trouble. “It won’t come from our side,” he said. “We’re going to let the world see who the aggressors are.”

Fetch Your News reached out to the Socialist Coalition of North Georgia and Atlanta Antifascists for their side of this story and both declined to speak with us.