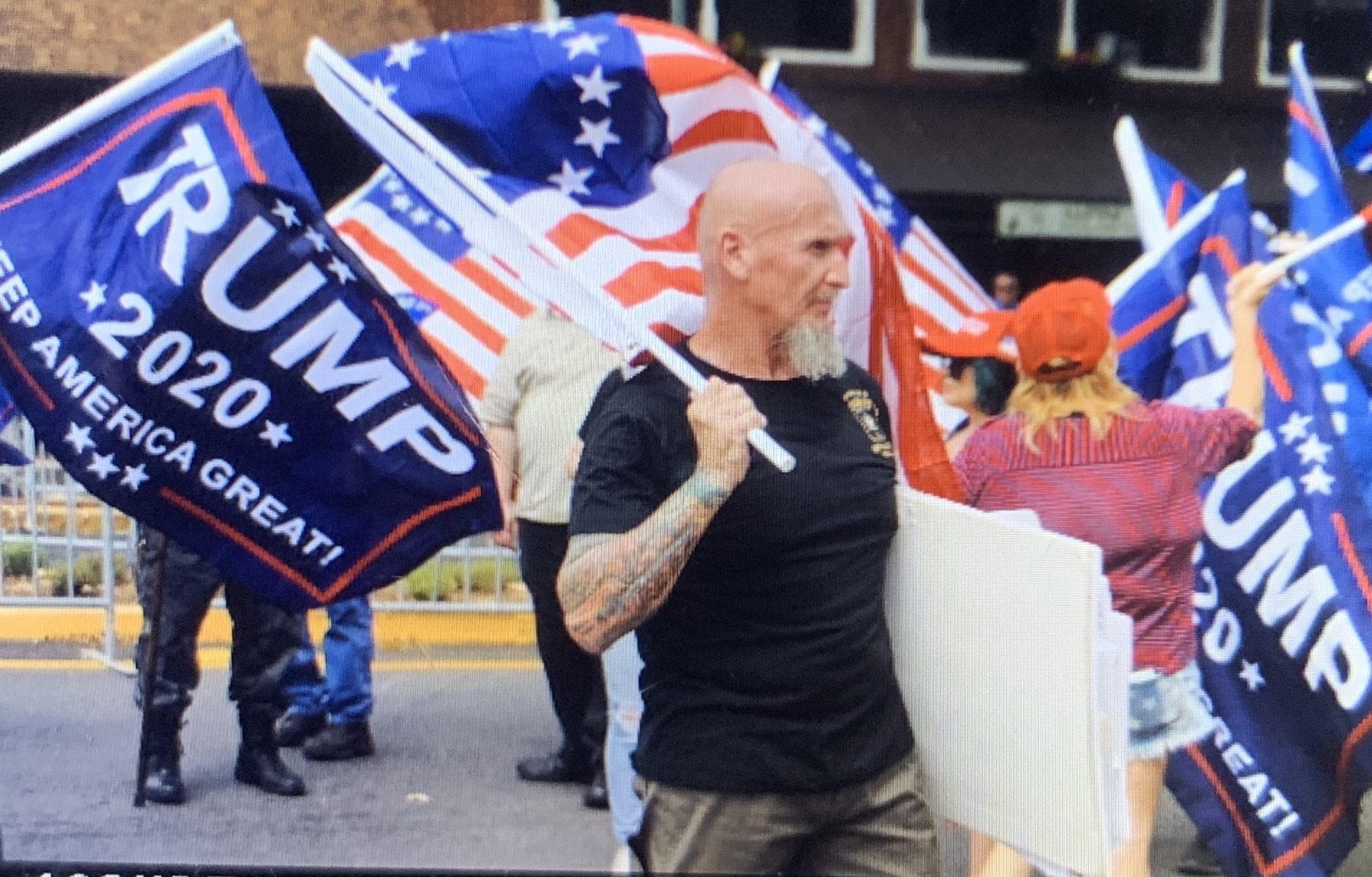 DAHLONEGA, Ga. – The American Patriot rally in Dahlonega ended without violence or property damage today although one person was arrested hours before the rally started and two were arrested during the rally.

University of North Georgia police arrested Joshua Parker for possession of a knife on campus at approximately 10:30 a.m. Counter demonstrators Rachel Scott and Ronald Watson were arrested for inciting a riot after they snuck into the staging area reserved for the event organizers. 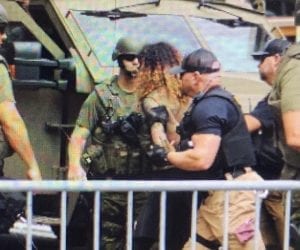 Aside from that, the event was uneventful. Rally organizers sang the Star Spangled Banner, recited the Pledge of Allegiance, paid tribute to President Donald Trump then departed.

There was one staging area for the organizers, another for counter protesters and another for the media. Each was cordoned off by steel barriers backed by a row of police officers in full riot gear.

The staging area for the organizers was in front of the Welcome Center. On the other side of the Dahlonega Gold Museum members of Antifa and the Socialist Coalition of North Georgia (SSCNC) carried signs and sang Viet Nam-era protest songs. 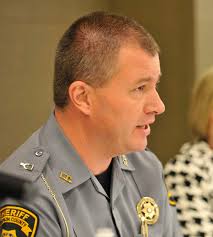 An overwhelming show of force by law enforcement officers made it crystal clear there would be no violence on this day. Antifa and SCNG were outnumbered 3 to 1.

After the event, Jarrard expressed his gratitude to officers who came from as far away as Savannah.

“It just goes to show you how law enforcement officers respond when they are needed in another area. All I did was send out a simple email and I immediately got a reply that they were on the way.”

Mayor Sam Norton also expressed his appreciation.“I am humbled by this outpouring of support from our local, state, and federal partners during these events,” he said. “I would also like to thank all the residents and local business owners who sent messages of support to our officers. That is a true reflection of the people who live in our small town.”

There were three distinct winners at the rally today – the First Amendment to U.S. Constitution, the outstanding law enforcement officers and the City of Dahlonega.

The organizers were allowed to exercise their right under the First Amendment. Antifa and the Socialist Coalition of North Georgia did the same. The City of Dahlonega remained unscathed.