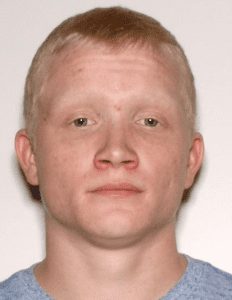 Lumpkin County Sheriff Stacy Jarrard said they received a tip about Stryker’s whereabouts and passed it along to U.S. Marshals and the Georgia Bureau of Investigation. No other details of the arrest are available at this hour.

Bender’s mother Carol Gilreath last saw her daughter on Sept. 14 and reported her missing on Sept. 19. Authorities found her body in a ravine near Parks Road in Forysth County five days later.

The Georgia Bureau of Investigation arrested Stryker’s fiancee Elizabeth Brooke Donaldson in Dawson County. According to court records, she is charged with tampering with evidence. Her bond was set at $5,200.

Dawson County Sheriff’s Office deputies arrested Jerry Harper, 78, Friday. He is charged with concealment of a body and tampering with evidence.

Two other men — Isaac Huff, 18, and Dylan Patrick Reid, 19, were arrested Tuesday in Dawsonville. They are charged with concealing the death of another.

Please follow Fetch Your News for up to date information when it is available.