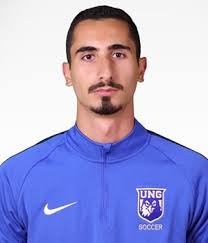 DAHLONEGA – Eren Ozer slipped a shot past the West Alabama keeper in the 80th minute and Conner Domaleski made multiple saves late as the University of North Georgia men’s soccer team defeated the Tigers, 2-1, Thursday evening.

Victor Galterio got North Georgia on the board in the 20th minute as he took a pass from Michael Walsh and shot from over 30 yards out, beating the Tiger keeper just below the crossbar to put the Nighthawks up, 1-0.

Paul Florian Efang drew the Tigers level in the 65th minute off a corner kick, heading the ball into the net, but Ozer pulled the Nighthawks back in front, taking a pass from Donovan Odier and pushing it below the UWA keeper’s right arm and into the net.

Down the stretch, West Alabama pushed numbers forward and fired shots toward goal, but the defense turned them away. Domaleski was called on with 45 seconds left as he dove to his right and punched a shot away from the goal and preserving the win.

North Georgia took just nine shots in the match, but five of those were on target. UWA fired 15 shots, five of which were on frame.

West Alabama took six corner kicks on the night compared to just one for North Georgia.