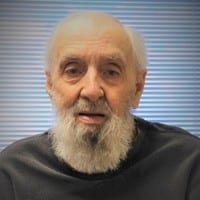 Mr. Martin was a native and lifelong resident of Lumpkin County.  He was born on June 16, 1934 to the late Lonnie and Hattie Lee Martin.  In addition to his parents Mr. Martin was preceded in death by his wife Jeanette Tolbert Martin, son William Martin, infant daughter Vickie Martin, sisters Edith Collins, Edna Higgins, and Eva Kuykendoll.  Mr. Martin was a poultry and cattle farmer most of his life and eventually took up the art of a gunsmith.  His favorite pastime was a good NASCAR race or a good western on TV and he loved to hunt and fish.  Mr. Martin was deeply loved and cherished by his family and his grandchildren affectionately called him “Grandpa Martin”.  His best friend was “Brutus” his Miniature Pinscher.

Funeral services are scheduled for 2:00 PM Tuesday, October 8, 2019 at the chapel of Anderson-Underwood Funeral Home.  The Rev. Danny Jarrard will officiate.  Interment will follow in Mt. Hope Cemetery.  The family will receive friends from 4:00 PM to 8:00 PM Monday at the funeral home.

To share a memory of Mr. Martin or a condolence with the family visit andersonunderwood.com.