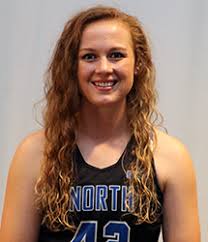 DAHLONEGA – A 10-0 run over the final 3:12 pushed the No. 14 University of North Georgia women’s basketball team past Clayton State in come-from-behind fashion, 68-60, Saturday afternoon inside the UNG Convocation Center.

Clayton State jumped out to a quick 14-4 lead before North Georgia answered with a 15-4 run of their own to take their first lead at 20-18 early in the second quarter. The Lakers would then score the next seven points to take the lead, one that they would hold on to until halftime.

In the second half, Clayton State got their lead to as many as eight in the third quarter, but the Nighthawks answered with a 12-0 run to retake the lead early in the fourth quarter. The two teams went back-and-forth, but the final 10-0 run was enough to give UNG the win.

– After giving up nine offensive boards in the first half, UNG gave up just two in the second half.

– Julianne Sutton led all scorers with a season-high 25 points to go with 13 rebounds for her third double-double of the year. She has now scored double figures in 22 straight games dating back to the NCAA opening round game a year ago.

– UNG is now 27-1 inside the Convocation Center, winning 22 straight.

North Georgia hits the road for the first Battle of Blood Mountain matchup of the season on Wednesday at Young Harris. Tipoff is set for 5:30 p.m.