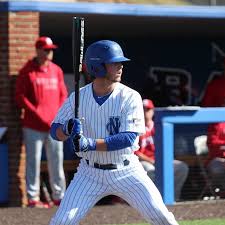 DAHLONEGA – A six-run second inning was ultimately the difference as the No. 20 University of North Georgia baseball team put up 12 runs in a season opening 12-5 win over Auburn Montgomery Friday night at Bob Stein Stadium at Cottrell Park.

The Nighthawks loaded the bases immediately in the bottom of the second inning and used a Crews Taylor walk, a Tim Conway RBI single, a Bill LeRoy RBI double and a Nik Levensteins RBI single to put up the six spot. AUM responded in the next frame, though, with four runs of their own, highlighted by a bases-clearing triple and a solo homer.

After two scoreless innings passed, William Mapes got things rolling again with a two-run bomb of his own over the left field fence to push the lead back up to 8-4. From there, North Georgia piled on the runs, scoring three in the seventh and another in the eighth. The Warhawks added an unearned run in the ninth to bring the game to its final.

NOTES
– LeRoy had the best night at the plate, going 3-for-4 with two RBI and two runs scored. Mapes, Will Hardigree and Jake Arnold all also had multi-hit games.

– Dating back to last season, LeRoy is now on a nine-game hitting streak.

– Cade Heil (1-0) was tabbed with the win, going six strong and striking out five.

NEXT UP
North Georgia and AUM will battle again tomorrow at 3 p.m. The game time has been moved back two hours after the game Friday was moved back due to weather.