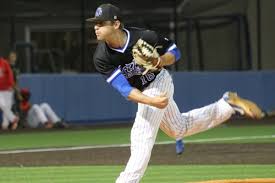 DAHLONEGA – The No. 20 University of North Georgia baseball team scored 16 unanswered runs as they finished off the season-opening sweep of Auburn Montgomery, 16-3, Sunday afternoon at Bob Stein Stadium at Cottrell Park.

The Warhawks got started quickly with a first inning three run homer by Corey Armstrong, but from that point, UNG started chipping away. The Nighthawks scored single runs in each of the first three innings before exploding with a seven run fourth, highlighted by back-to-back-to-back doubles to lead off the frame.

Leading 10-3, the Nighthawks didn’t take their foot off the gas, scoring again in the fifth off a Crews Taylor two-run shot to left center. UNG scored four more in the sixth inning, led by a Jake Howard two-RBI double to score the first two of the inning.

– Howard finished the day 4-for-5 at the plate with three doubles, four RBI and two runs scored. Brady Eeles went 3-for-5 with three runs scored.
– This is the third year out of the last five that UNG has swept its season-opening opponent.
– UNG has scored double digit runs in three straight games for the first time since the 2017 season when North Georgia scored double digits against Emmanuel in the final two games of the series before a double-digit performance against Georgia Southwestern in the opening game of the Peach Belt Conference Tournament.
– Parker Morrison (1-0) was the winning pitcher, striking out five across five innings.

North Georgia opens PBC play against Claflin next weekend with a three-game set starting Friday at 4 p.m. in Dahlonega.