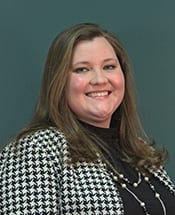 LUMPKIN COUNTY, Ga. — Voting problems that were reported in Fulton and DeKalb counties last week did not materialize in many rural north Georgia counties.

In Dawson, White, Lumpkin and Habersham counties, voting went smoothly. Gilmer County did experience an internet issue that caused a 30-minute delay in opening at 7 a.m. But the problem was corrected and the precincts remained open an additional 30 minutes until 7:30 p.m.

In Lumpkin County Chief Voting Registrar Ashley Peck said, “We didn’t have anybody report they had any problems. There were a couple of questions about the ballot since we combined the two elections but nothing other than that.”

Lumpkin County has 21,300 active registered voters and 8,858 votes were cast, including 4,801 absentee ballots for a voter turnout of 41.5 percent.

“This is the first election I’ve done with that number of absentee ballots,” she said. “That’s unusual to have most of your votes cast by mail.”