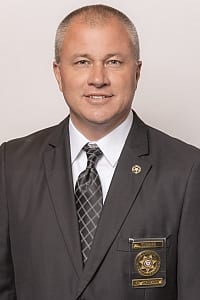 Howard announced Thursday that he has charged Garrett Rolfe with felony murder and Devin Brosnan with aggravated assault.

In a letter issued last week, the Sheriff’s Association responded by accusing Howard of acting in his own self-inerest.

The letter states, “The Fulton County District Attorney is in the political fight of his life, and as part of his ongoing campaign strategy has chosen to hastily investigate and charge the two Atlanta police officers involved in the tragic death of Rayshard Brooks.

“Howard has trampled on the rights of Officer Garrett Rolfe and Officer Devin Brosnan and has further allowed this tragic incident to be more about his re-election than justice for the officers involved, the Atlanta Police Department and the citizens of our state.,” the letter states.

Howard is involved in a heated runoff election against fellow Democrat Fani Williams who has accused the D.A. with corrupt dealings through his nonprofit organization. Williams outpolled Howard 42 percent to 35 percent in the June 9 General Primary. The runoff election is set for Aug. 11.