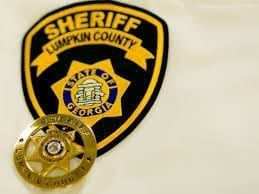 LUMPKIN COUNTY, Ga. — What began as a misdemeanor arrest for driving on a suspended license last week turned into a felony arrest for possession of methamphetamine and drug related objects.

Lumpkin County Sheriff’s Office deputies stopped Robert Duvall’s vehicle traveling toward Dahlonega on Longbranch Road after they determine his license had been suspended for non-payment of child support.

Joshua Head, a passenger in the vehicle asked if it was OK for him to step out of the vehicle and when he did, the deputy observed a clear cylindrical, glass object on the seat, the kind used to smoke meth.

The object field tested positive for meth. According to the incident report, Head said the object belonged to him and he was arrested on charges of possession of methamphetamine and possession of a drug related object.
Both men were transported to the Lumpkin County Detention Center.