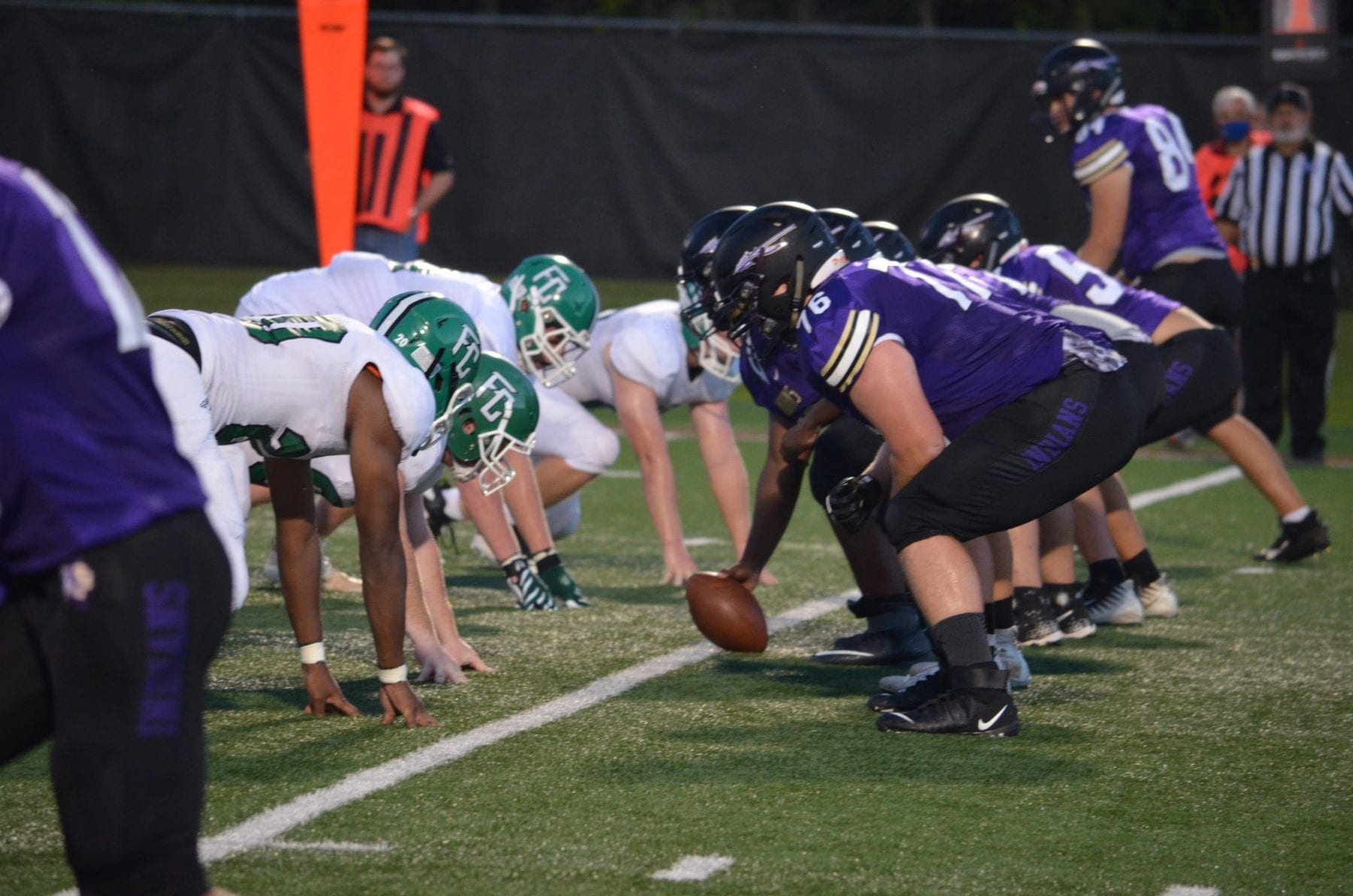 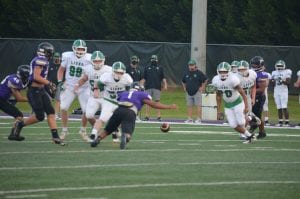 #1 Jay Grizzle recovered a fumble for the Indians.

Franklin Co. received the ball to start the game. On the first drive, #1 Jay Grizzle recovered a fumble for the Indians to give them early momentum. However, they couldn’t build on their momentum, as they went three and out on the ensuing drive. For the rest of the first half, it was all Tigers. Franklin Co. led 10-0 at the end of the first quarter, but took control in the second quarter to take a 33-0 halftime lead. 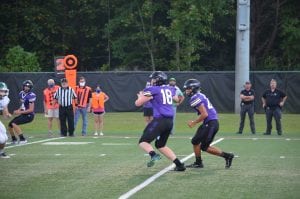 #18 Cooper Scott throwing a pass for the Indians.

The score may not show it, but Lumpkin Co. dominated the second half. They had possession of the ball the entire third quarter. They were stopped on 4th down from the 9-yard line, but they moved the ball a lot better than they did in the first half. On the next possession, the defense looked much better, as they forced a quick three and out. The Indians had another long drive that resulted in a 35-yard field goal from freshman kicker Marcus Remillard with 1:55 remaining in the game. The Tigers ran out the clock from there, but Lumpkin Co. has plenty of reason for optimism as they continue their season.

The Indians play again next Friday as they host Banks Co. at 7:30 p.m. at Cottrell Field.