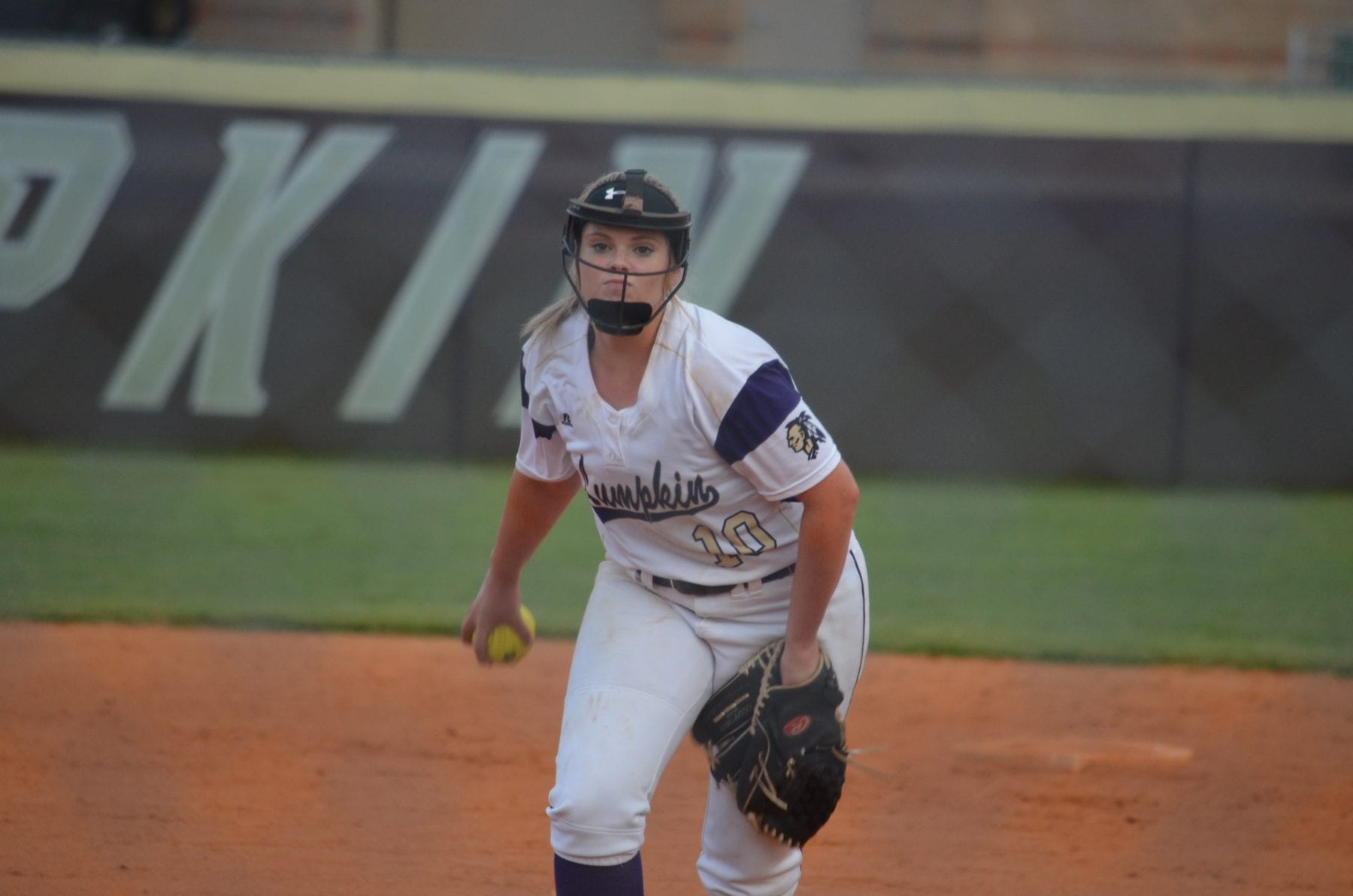 The Lumpkin Co. Lady Indians defeated the Dawson Co. Lady Tigers 8-2 on Monday night in Dahlonega. The Lady Indians used a huge 4th inning, that was highlighted by a grand slam by #33 Lauren English, to lead them to victory. 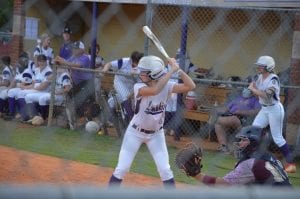 #19 Hailey Sparks up to bat for the Lady Indians.

After the Lady Tigers scored in the 1st inning, the game was dominated by pitching until the 4th inning. In the bottom of the 4th, Lumpkin Co. scored six runs on a two-run homer by #36 Alyssa Pulley and a grand slam by #33 Lauren English. The Lady Indians added to their run total in the bottom of the sixth inning on a sacrifice RBI that led to #10 Emmi Graham scoring and on an RBI by #1 Hailey Mincey. Dawson Co. scored one run in the top of the 7th inning fielder’s choice that resulted in #18 Olivia Martinez crossing home plate to make the final score 8-2.

The Lady Indians play again tomorrow as they travel to play at Cherokee Bluff high school at 6 p.m.