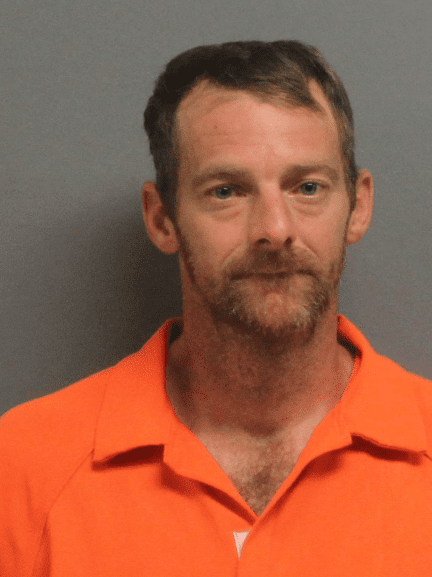 LUMPKIN COUNTY, Ga. — What started as a routine traffic stop on Burnt Stand Road resulted in the confiscation of two syringes, a small quantity of heroin and a small bag of methamphetamine last week.

According to the incident report, Lumpkin County Sheriff’s Deputy Blake Sargent was traveling toward Hwy. 400 on Burnt Stand Road when an oncoming vehicle crossed into his lane then swerved back into its lane. The deputy made a u-turn then followed the vehicle into a neighborhood off Burnt Stand Rd.

The vehicle came to a stop near a cul-de-sac and the driver Benjamin Charles Jones, 39, exited the vehicle and began to walk toward Sargent’s patrol car. Lumpkin County dispatch advised the deputy the vehicle tag and Jones’ driver’s license were expired.

The vehicle was impounded and during a search, Sargent observed a syringe loaded with a brown liquid consistent with heroin, a backpack that contained a syringe and a clear plastic bag, with more of the brown liquid. As he was being taken into custody, a blue plastic bag with a substance that appeared to be methamphetamine fell off Jones person.

Jones was handcuffed and transported to Lumpkin County Detention Center.