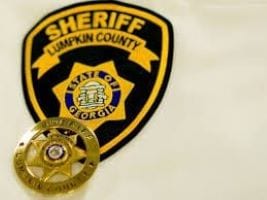 LUMPKIN COUNTY, Ga. – A 20-year-old Dahlonega man was arrested last week after he allegedly punched his mother in the face and chest at a residence on Pony Lake Road.

Lumpkin County Sheriff’s deputies were called to respond to a physical domestic incident. When they arrived, according to the incident report, the victim said she and her son, Bradley Blount, argued about his failure to take care of an automobile when he became violent and punched her in the face and chest. Blount then walked to the house where he punched and broke a glass window.

A deputy who interviewed Blount said he admitted to punching her. He was charged with battery- family violence and criminal trespass – family violence.