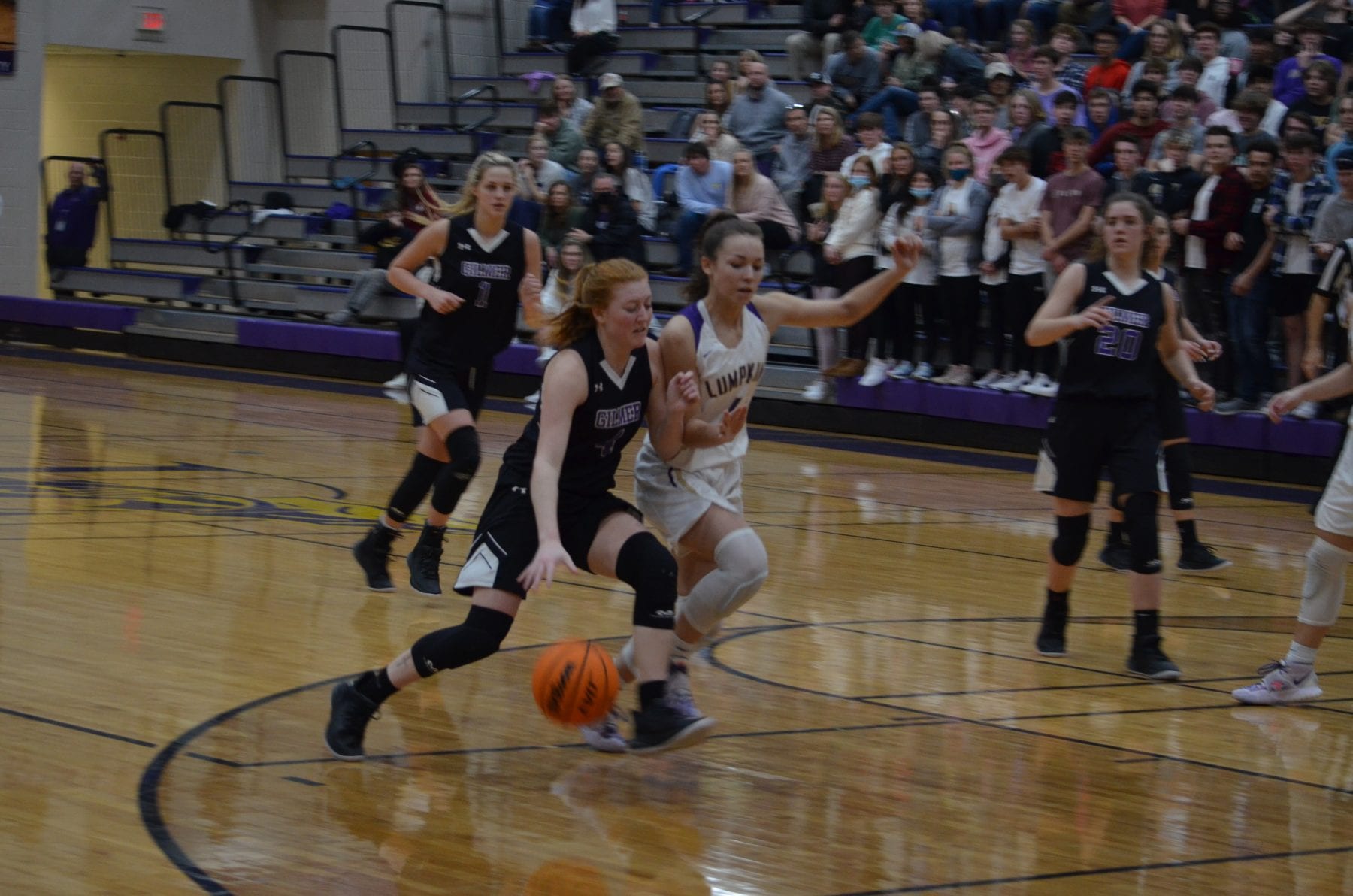 The Lumpkin Co. Lady Indians defeated the Gilmer Lady Bobcats in the Region 7-3A championship 50-46 on Tuesday night in Dahlonega. Senior Isabel Davenport iced the game by hitting two free throws with less than 10 seconds remaining in the game. 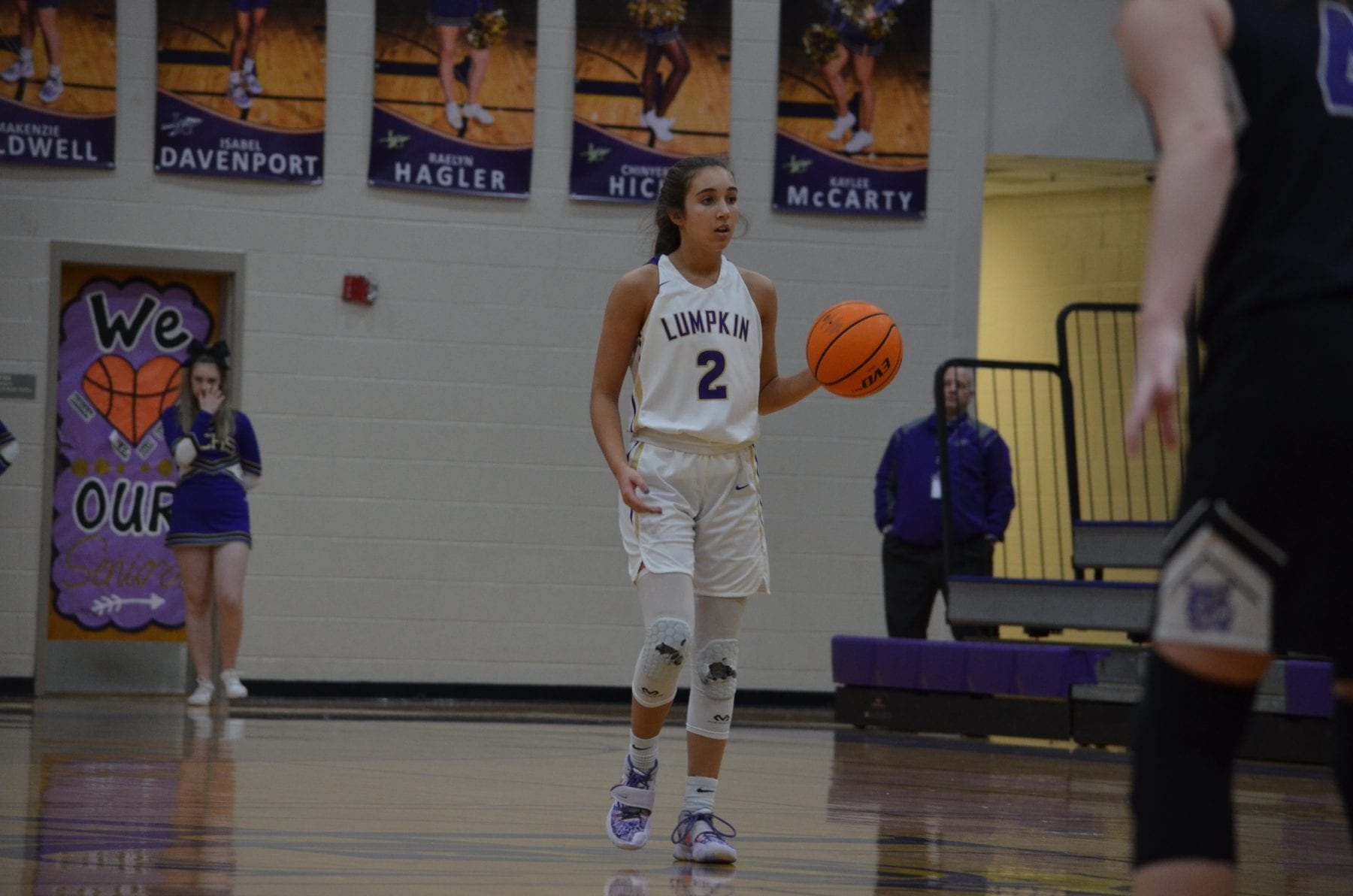 Senior Isabel Davenport advances the ball up the floor.

Sophomore Mary Mullinax led the Lady Indians with 16 points and 6 rebounds. Davenport added 15 points, including 9 in the 4th quarter.

Early in the third quarter, with Lumpkin Co. leading 30-17, Gilmer decided to turn up the pressure. They forced a plethora of turnovers from the Lady Indians, allowing them to claw their way back into the game.

In the end, it was Lumpkin Co. holding on to win their first region championship in 30 years.