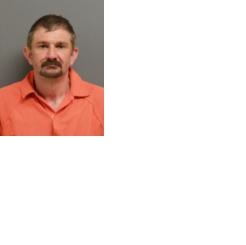 LUMPKIN COUNTY, Ga. – A 38-year-old Dahlonega man has been charged with aggravated assault and battery following a domestic argument on May 1.

According to the Lumpkin County Sheriff’s Office incident report, deputies responded to a domestic violence call on Rider Road Spur at approximately 3:27 a.m. but Hubert Daniel Rider, 38, and Joann Michell, 44, had left the scene. Friends told deputies that Michell went to her mother’s house in Dawsonville.

When they spoke to her on the phone, Michell told Lumpkin County deputies that she and Rider got into a verbal argument and when she tried to walk away, he placed her in a choke hold until she nearly lost consciousness. Michell said he then released her and slammed her into a wall, breaking her arm.

Later that day, Michell said she went to Northeast Georgia Medical Center in Gainesville where they confirmed she did have a hairline fracture of the upper arm.

Warrants were taken on Rider who was arrested on May 4.