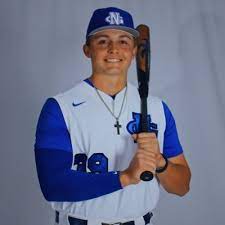 Levensteins is the fifth All-American in the NCAA era and the first since Michael Gouge earned third team honors in 2017.

The sophomore from Arvada, Colorado, hit .338 with 19 homers and 62 RBI, adding 11 doubles while posting a .763 slugging percentage. He had 54 hits and 49 runs scored on the season. He was a consensus first team All-Southeast Region honoree as the designated hitter before earning the NCBWA Third Team All-American accolade earlier this postseason.

At the conference level, he was named first team All-Peach Belt and the Elite 16 Award winner.