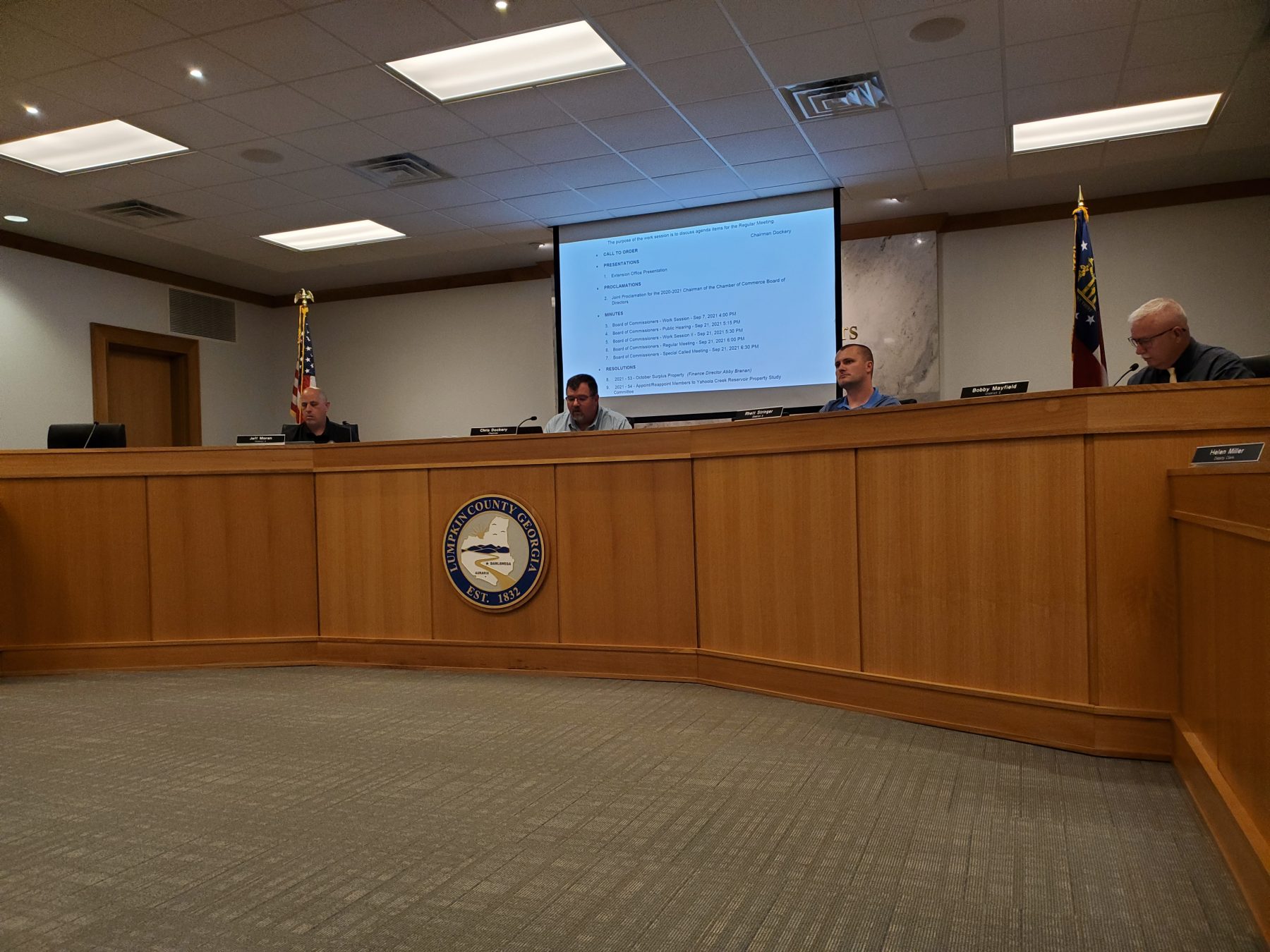 LUMPKIN, GA.- The commissioners began discussions about reevaluating the recycling program at the work session on October 5.

Commissioner Bobby Mayfield reintroduced the need for a noise ordinance in the county at the session as well. The board announced that there will be two public opportunities for the public to comment on the Comprehensive Plan on October 21, from 4 p.m. to 7 p.m., and on November 9, from 4 p.m. to 7 p.m. at the Community Center.

The commissioners in their July meetings asked Public Works Director Larry Reiter and the public for new ideas for the recycling program before the contract renews in December. For more information about that meeting visit https://lumpkin.fetchyournews.com/2021/07/21/commissioners-approve-new-hospital/

Reiter came before the board with his suggestions for the Recycling program at the work session. Those sessions include raising the price of recycling to that of the regular garbage disposal, doing away with the program, or making no changes to the program. The board wanted more information on how many people recycle before they considered the options.

“It could offset the cost of property tax owners and those that wish to recycle can participate in the program can pay to recycle. I think it’s important to know how many people recycle before making an informed decision,” commented Chairman of the Board Chris Dockery.

The board tasked Reiter with trying to come up with a ballpark number before the regular meeting on October 19. The meeting will be proceeded by a public hearing at 5:15 p.m. and another work session at 5:30 p.m. the meeting itself will take place at 6:00 p.m.

Commissioner Bobby Mayfield added an item to the agenda in the form of a noise ordinance. The board had previously formed a committee to look into a noise ordinance but due to the untimely death of Commissioner David J. Miller, they tabled the decision until they once again had a full board.

Mayfield told the board that it seems due to the lack of action taken on the matter some citizens seem to view it as not going to happen and have been abusing the system. He found an ordinance that was upheld in another jurisdiction by the Supreme Court and that was what he presented to the board.

The board reviewed the ordinance and proposed changes to County Attorney Joy Edelberg. Once Edelberg has had time to make the necessary changes to the document the board will vote on the matter.

“Unfortunately it would seem as some of the folks who are violators of this noise thing have taken our inaction over the last few months to mean Nah we just forgot about it. Well let me tell you right we haven’t forgotten about it, it’s still on the agenda, it’s still on our minds, and we still have a committee and we will have some more meetings,” stated Mayfield.

On a related note on October 14 at 6:00 p.m. the Chamber of Commerce is hosting a forum between the candidates for the empty Commissioner District 1 seat. For more information on this visit https://members.dlcchamber.org/events/details/2021-board-of-commissioners-district-1-forum-66329 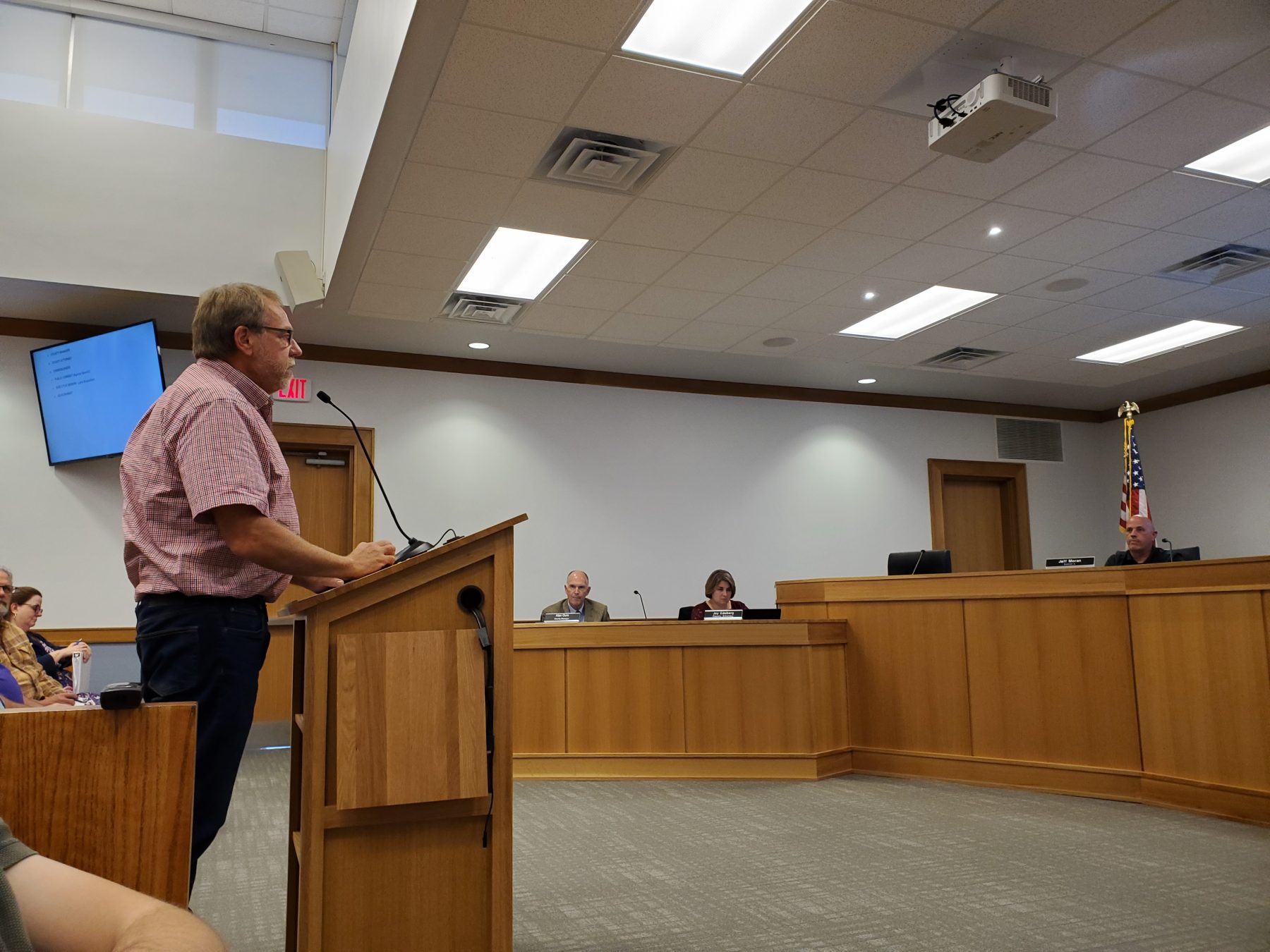 Candidate Mitchell Ridely addressing the board during the public comment section of the meeting.