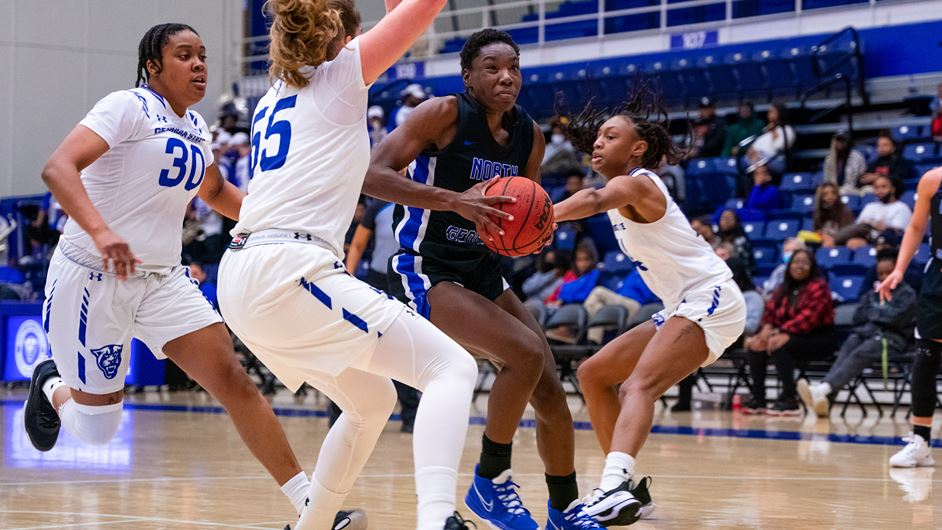 The Nighthawks jumped out to an early 7-2 lead before the Panthers went on a 15-5 run to take a five point lead early in the second quarter. UNG climbed back to a one point deficit by halftime before going on the 20-7 run that elapsed the entire third quarter.

From there, North Georgia extended their lead out to as many as 18 points, not letting GSU get closer than nine at any point in the final period of play.

– Jamari McDavid led all scorers with 16 points in her first action as a Nighthawk. Abbie Franklin and Caroline Martin each put up 13 points, while Julianne Sutton scored 12 in 20 minutes of action.

– No Panther had more than eight points as 11 Georgia State players recorded at least a point.

– The Nighthawks shot 7-for-19 from distance, while GSU was just 2-for-19 from behind the arc.

North Georgia will officially open the 2021-22 season at home on November 12 as they host the Peach Belt / Conference Carolinas Challenge. UNG will take on Lees-McRae at 4 p.m.