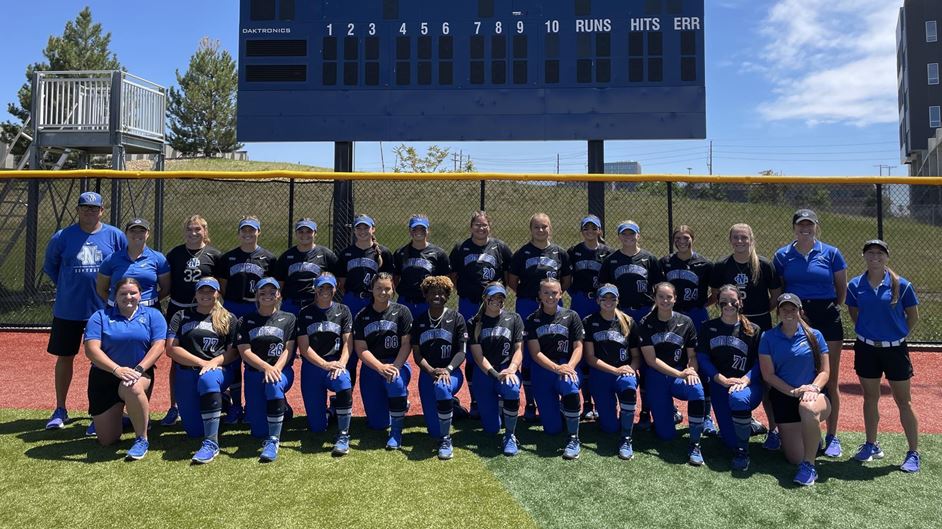 DENVER – The No. 18 University of North Georgia softball team saw the 2022 season come to a close Sunday night in the national semifinals, falling twice to Cal State Dominguez Hills.

GAME 1 – CSUDH 8, UNG 6
The Toros got on the board first in the top of the second inning, scoring three runs off a pair of RBI singles to take a 3-0 lead. North Georgia answered in the bottom half as Jaycie Michael scored on a wild pitch to cut into the lead.

North Georgia had their big inning in the third as Mallory Parker forced a Toro error that scored a pair of runs to tie the game. Two batters later, Michael came through with a RBI triple and then scored on the throw in to the pitcher to give UNG its first lead of the day. The inning was capped by a RBI groundout that pushed the lead to 6-3.

Cal State Dominguez Hills responded in the fourth, tying the game on a RBI double and RBI single before the Toros scored a pair in the top of the seventh to take game one.

GAME 2 – CSUDH 7, UNG 5
The Toros again struck first, plating a run in the bottom of the first on a RBI single, but the Nighthawks responded with a Madi Perry infield single in the second that tied the game. UNG took the lead in the second inning on a Hannah Forehand sacrifice fly, but CSUDH answered in the fourth, taking the lead on a RBI single before a three-run homer pushed the Toro lead to 6-2.

Georgia Blair started to cut into the lead in the sixth with a two-run blast, but the Toros found another run in the bottom in the sixth off a RBI double, extending the lead to 7-4. North Georgia scored in the seventh on a Forehand RBI single and had the tying run at the plate, but could not push another run across as CSUDH punched their ticket to the championship series starting tomorrow.

– Perry extended her hitting streak to 13 games, going 3-for-6 in the doubleheader.

– The Nighthawks are national semifinalists for the second consecutive year.