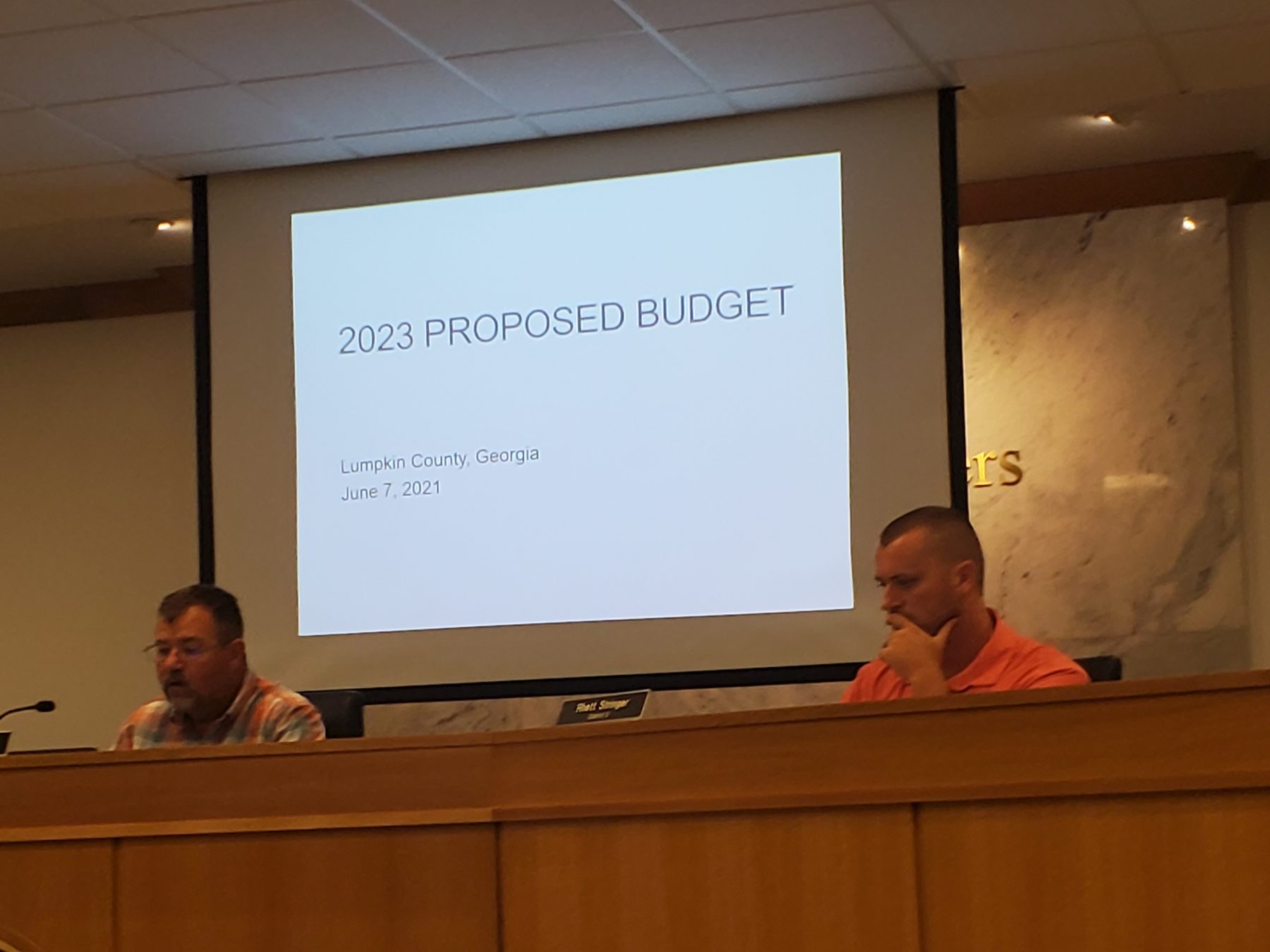 LUMPKIN COUNTY, Ga.- Finance Director Abby Branan presented the Board of Commissioners with the FY23 budget proposal during the June 7 work session.

Also at the work session, Sheriff Stacy Jarrard presented the board with a request for a contract with Flock Safety Falcon Cameras. The Sheriff in addition let the commissioners know that next week the sheriff’s office will be hosting the annual DARE conference.

Branan stated that the budget numbers are just projections at this time and still need some fine-tuning. The budget is at a 12% increase from the previous year due to the current rise in inflation. The budget reflects what it takes to maintain the level of services the county is currently operating.

Heard on the clip above are Chairman of the Board Chris Dockery and Commissioner District 3 Rhett Stringer. 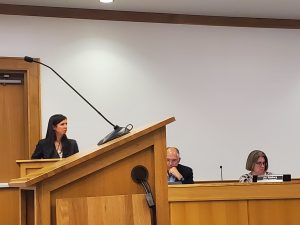 Finance Director Abby Branan while making the budget presentation to the board.

Included in the budget request are nine full-time positions to be added, merit increases which go into effect Jan. 1 of 2023, equipment and capital purchases, $220,000 self-insurance funding and expected cost, 3% cost of living adjustment or COLA, aquatic center debit services, and expected liability and workers comp. insurance. The budget is an increase of $3.3 million dollars from the previous budget.

Salaries and benefits are going up by $2.2 million. The cost of supplies such as fuel, inmate food, utilities, repair/maintenance, and minor equipment is going up by $559 thousand. Operating transfers are also going up by $515 thousand. Everything else is remaining static for the moment. 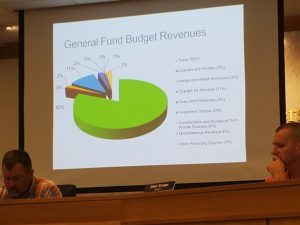 The revenues for the budget are 82% taxes which is not just limited to property tax, the next highest percentage of revenue comes from charges for services which is 11%.

The board took no action on the proposed budget at this time. To view the full budget visit https://www.lumpkincounty.gov/635/2023-Budget.

After the budget discussion, Sheriff Jarrard explained to the board what the Flock Safety Falcon Cameras were, what the department would be using them for, and how they would pay for them. The cameras are surveillance cameras that can be placed in high crime areas to give investigators information on suspects.

They do this by taking still photos of cars and tag information and storing them for up to 30 days. When an investigator pulls up the pictures it can tell them what vehicle was in the area around the time a crime took place. This also allows officers to put BOLOs out on the system and other agencies that use the system will be alerted if a vehicle that is part of a BOLO has gone through one of their cameras.

The Sheriff’s office has been working with Hall County and using their systems for BOLOs. Other neighboring counties that currently use the system are Forsyth, Gwinnett, Habersham, Hiawassee, and parts of the UNG campus system use them.

The contact with the company is for two years and currently, that will be paid for using money from the seized gun fund. This two-year term will be a trial run for the sheriff’s office and if it is successful the sheriff will find another means to pay for it. He has also been in talks with the City to allow them access to the cameras as well. 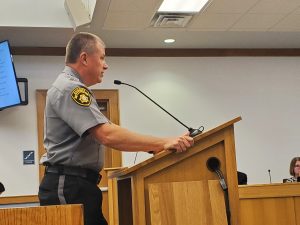 Sheriff Stacy Jarrard while explaining the new camera contract to the board.

The only individuals with access to the information all law enforcement deputies and their usage will be tracked and monitored. The cameras also can not be moved without the company’s assistance and they will have to be given valid reasons for the movement of the cameras. These measures are in place to help stop the abuse of the system. The cameras also do not function in any way to send out citations to individuals.

“It’s a good tool but I’m all about privacy and any time you start having cameras watching populations I take that pretty seriously,” stated Dockery.

The board took no action on the contract during the work session. It will be put to a vote at the regular meeting on Jun. 21 at 6:00 p.m.

The Sheriff also informed the board of the DARE convention that will be in town next week. This will include many different agencies and thus there will be an increased police presence in the restaurants and all over the city.