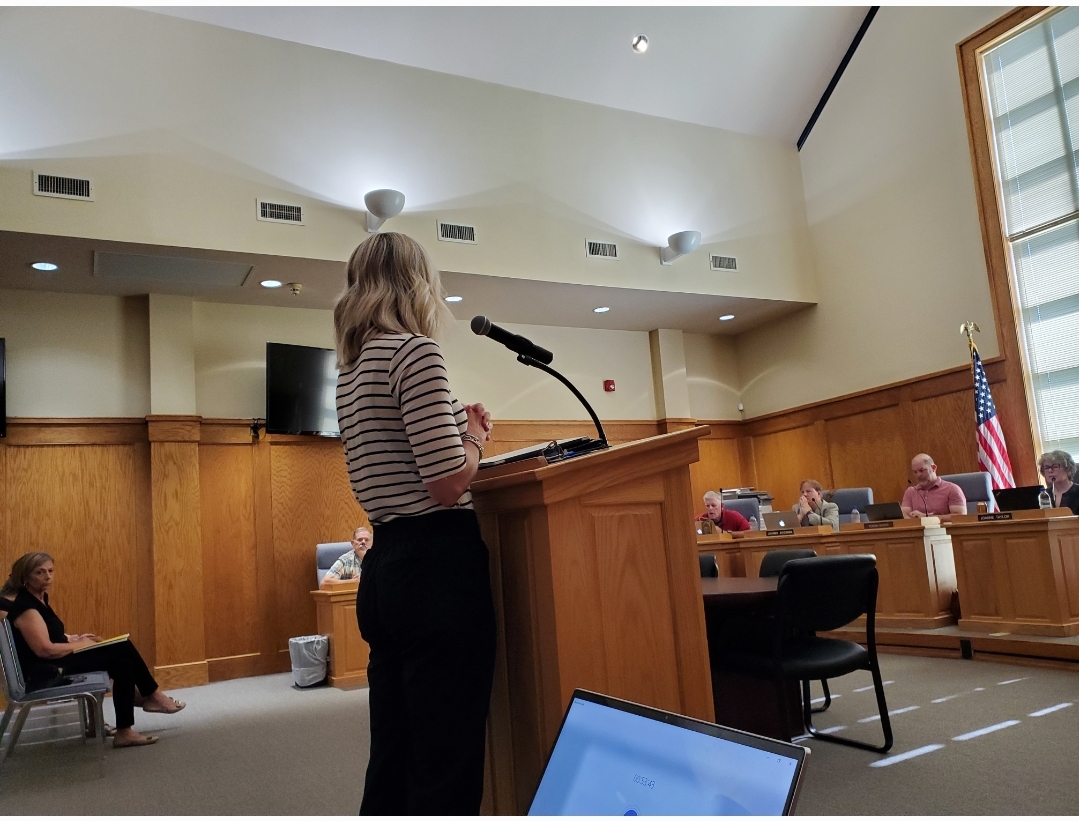 DAHLONEGA, Ga.- Finance Director Allison Martin presented a fleet replacement contract with Enterprise to the council for their approval, they voted unanimously to enter into the contract.

Martin also presented the council with an option to start an authorized purchase card program for their travel expenses. The council will also be sending a letter of support to Lumpkin County Water and Sewerage Authority.

At the May 16 work session Martin and a representative from Enterprise Rachel McGirr presented the council with Enterprise’s options for a new fleet replacement contract. To review that meeting visit https://lumpkin.fetchyournews.com/2022/05/17/council-approves-distilled-package-store-ordinances/. At the time the council opted to take more time to think and discuss the contract.

McGirr and Martin brought this back before the council due to purchase windows closing for new vehicles. Since COVID the car manufacturers have made their windows for orders for companies smaller, in some cases, they can open one day and then close the next. If the council wished to enter into this contract time was of the essence.

The annual lease for the fleet replacement will be about $90,000. The maintenance will be handled locally, a local shop has approached McGirr about a partnership with the company. This will give the one maintenance worker employed by the city an opportunity to focus on the diesel vehicles that Enterprise will not handle and other equipment. 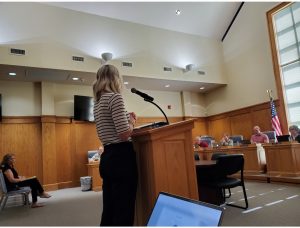 Rachel McGirr while answering the council’s questions on the contract.

McGirr’s estimate for the amount the city will save in the first year of this alone is about half a million dollars. She did state that this was a conservative estimate. If after the first year the city decides to end their contract there will be no plenties, they will be required to pay however much is left on the lease for the vehicles.

There is a possibility for the fleet to transition into electric vehicles, McGirr’s suggestion is to start with just one admin car and go from there. There is also the potential to set up tracking in the vehicles to ensure safe driving practices and also for staff to know where everyone is when an incident occurs so they know how can respond the fastest.

“I just want go on record that we will not be buying Teslas,” stated Mayor JoAnne Taylor.

Martin also presented the council with an option to start using a purchase card program. They currently use bank-issued cards, city-issued checks, or their personal debit/credit cards.

Under this current approach, the cards do not get rebates on purchases. Also, hotels are starting to not accept the city-issued checks. The city is also having to issue reimbursements for personal card usage.

Using the purchase cards they will be able to gain rebates and there will be less need for reimbursements. Martin has run similar programs with other cities she has worked with and seen good results.

The cards would be through Bank of America. There is also the potential for department heads to be able to check out the cards for some purchases if the council approves that course of action.

Currently, both councilmembers Roman Gaddis and Johnny Ariemma have stated that they are not interested in being assigned a card. The council took no action on this for the time being.

The letter of support that the city has issued for the Lumpkin County Water and Sewerage Authority is for the authority to seek out a Publicly Owned Treatment Works or POTW to support the hospital going in on 400. The city and county have a partnership and the city can’t support the amount of wastewater that a hospital needs. To review the letter visit https://mccmeetings.blob.core.usgovcloudapi.net/dahlonega-pubu/MEET-Packet-e8042dd11a244230a1499d8dd7ae8903.pdf, the letter is on page 48. 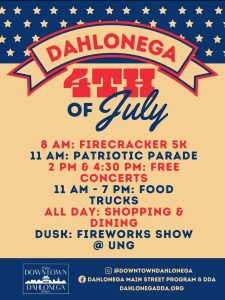 The events are planned for the 4th of July celebration.

The 4th of July celebration will also be held back in the city this year. There is a full day of events for families to enjoy.