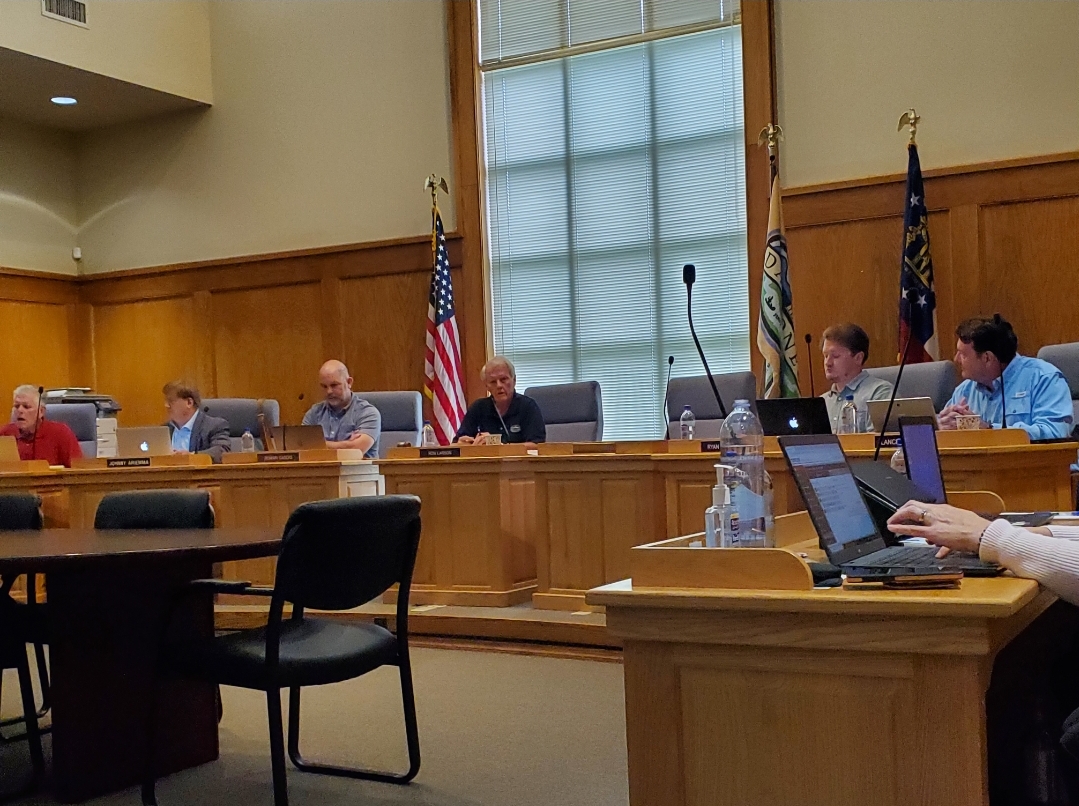 DAHLONEGA, Ga.- The City Council voted to move into mediation with the county over the split on the Local Option Sales Tax (LOST) during their Aug. 1 meeting.

Sheriff Stacy Jarrard brought an idea for a crosswalk safety program to the council for their consideration. City Engineer Mark Buchanan also gave an update on the Morrison Moore Pedestrian Bridge and Sidewalk project.

Mayor JoAnne Taylor brought the council the update on how negotiations were going with the county over the LOST at the Jul. 18 work session. To review that please visit https://lumpkin.fetchyournews.com/2022/07/19/city-discuss-housing-study/.

After consideration, the council voted to move into mediation due to how much the city has grown in the past ten years and how much growth is expected especially once the new hospital opens. The county’s proposal that was sent to the city for their approval was to remain at the current 75% to the county and 25% to the city.

The LOST was put in place to help ease the burden of property taxes on citizens and the city has started new services such as the police department in the last ten years. The demographics have also significantly changed in the last ten years including the growth of the University.

Heard in the clip above is Councilmember Ron Larson explaining why the councilmembers are taking this next step. The City Attorney Doug Parks has already found available mediation and it will be up to the county to accept or decline the mediation and suggest another.  The city and county have until Dec. 31 to reach an agreement on the LOST for the next ten years.

After his family’s recent vacation to St. Augustine Flordia Jarrard was inspired by a program he witnessed there. The idea that he brought before the city council is to have bright color flags available at both ends of the crosswalks for pedestrians to use when crossing.

The idea is to make pedestrians more visible to oncoming traffic to try and deter any potential accidents. To watch the presentation the sheriff made to the council visit https://youtu.be/Dck2rIRz4Lc.

The council expressed interest in the idea and told staff to begin looking into pricing options. They could take action on this at a later date after the staff’s research is done. 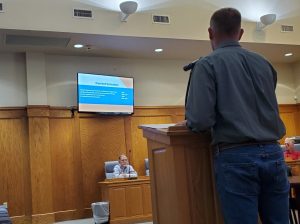 Mark Buchanan while presenting the project.

In 2018 Buchanan applied for the transportation alternatives program (TAP) grant for the Morrison Moore Pedestrian Bridge and sidewalk project. The plan is to have the sidewalk start at Wal-Mart and end at the boat ramp on the reservoir.

Currently, they are in the preliminary engineering phase of the project which is an estimated $415,000,000. This phase includes the initial design and environmental permits. The hope is to begin actual construction in 2025.

The total estimated budget that has not been adjusted for the current inflation is $4,285,000.00. There is an 80/20 match between the city and GDOT for the project and the county has verbally offered to help with the parts of the reservoir that are jointly owned. 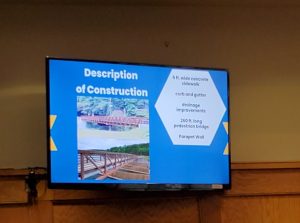 Description of the Construction for the project.

When the bridge is complete it will look similar to the bridges on Wimpy Mill and the Dam. This is an ongoing project and there will be further public meetings. However, if there are any comments, concerns, or questions, there are comment cards available at city hall, and the information on how to contact Buchanan can be found at https://dahlonega.gov/department/public-works/.