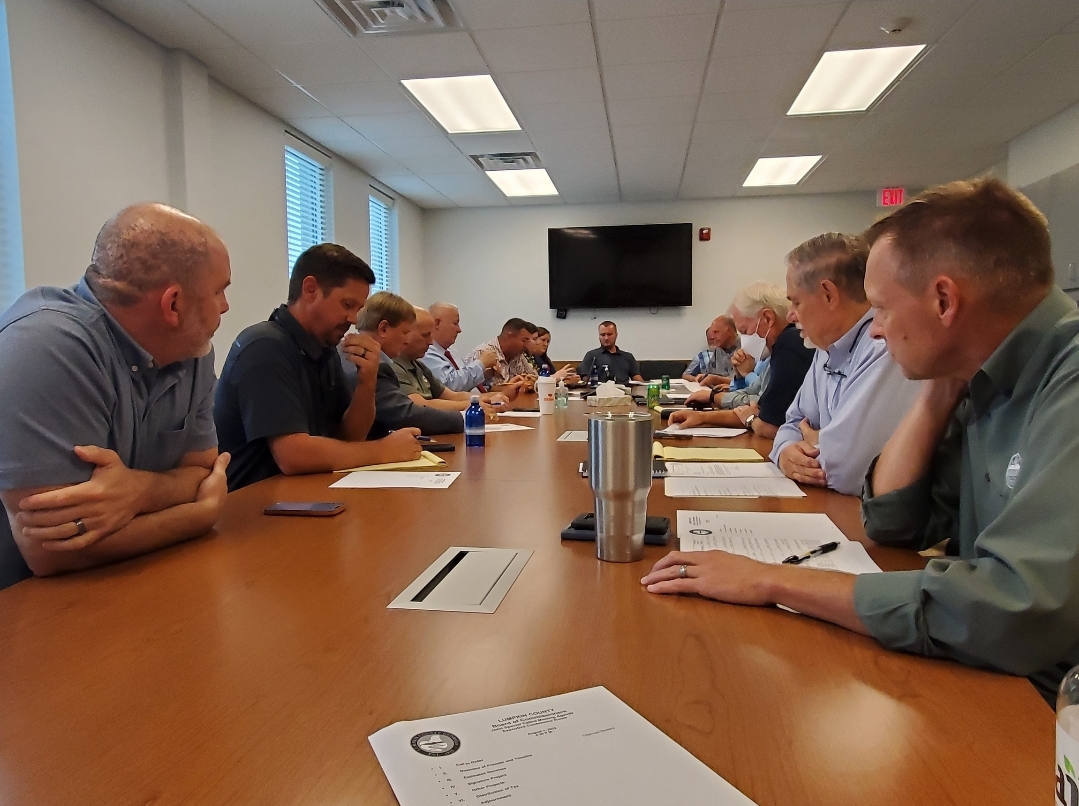 LUMPKIN COUNTY, Ga.- The Commissioners and the City Council held a joint special call meeting to begin discussions for adding a new TSPLOST to the Nov. ballot and the projects they would tackle with the funds collected.

The TSPLOST is a 1% sales tax collected for transportation projects. Under the previous law, counties and cities were only able to collect the amount they specified on the ballot now however they can collect for five years. 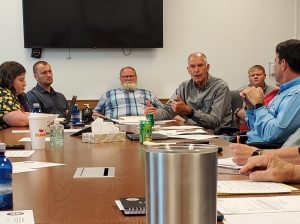 County Manager Alan Ours while explaining the TSPLOST process.

In order for the referendum to appear on the ballot, the city and county must outline the revenue they hope to receive, the projects they will use the funds for, and the distribution of the taxes. The joint meeting held on Aug. 1 was to begin to establish a course of action to meet the rest of the schedule that has to be followed in order to have the referendum.

Both government entities brought with them some projects they have already begun to look at for the TSPLOST funds. One project the DOT told them they would not be able to help with is the 400 and 60 project. This is because it is a federally funded project and using TSPLOST could actually slow down the process instead of helping speed up.

One project both were interested in tackling as a signature project is Auraria Road and Route 9. The DOT is already aware of the interest in improving that intersection have begun coming up with ideas on how to improve it.

To best serve the citizens and establish a way forward that benefits both parties they have established a committee to review the projects, revenue, and distributions. The committee is made up of staff members from both governments with an elected official from each also, for the Commissioners the representative is Rhett Stringer and for the City, it is Johnny Ariemma.

“Our citizens are paying for this and I can’t think of something better than a nice bike path, you see no bikes around here and I would just like to look at a bike path that supports both the city and the county,” commented Councilmember Lance Bagley.

Once the committee has had time to meet a few times and get their list together they will then present it back to both the City and County. County Manager Alan Ours suggested that they hold another joint meeting between the City and County in three to four weeks so they have time to review the list and make any changes before they are required to vote. 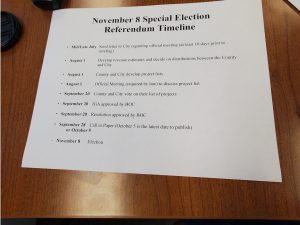 The Official Timeline for the referendum process

By Sept. 20 they have to have a list of projects and join in an Intergovernmental Agreement (IGA). Then the Commissioners have to approve a resolution to call for a referendum to be added to the ballot. They have until Oct. 5 to inform the paper and the election will be held on Nov. 8.

Ours took a survey of how other counties divide up the distribution and came back with many different options. They could choose to divide it up like the Local Option Sales Tax (LOST), like the SPLOST, or take into account the number of roads. This is what the committee will have to decide.

Heard in the clip above are Chairman of the Board of Commissioners Chris Dockery and Interim City Manager Bill Lewis expressing their opinions on the distribution. This is an ongoing process and all staff and elected officials were encouraged to bring any projects they think of to the committee for consideration. To bring attention to any other projects the county manager’s contact information can be found at https://www.lumpkincounty.gov/182/County-Manager or the city manager at https://dahlonega.gov/department/city-manager/.