Home / Board of Education / Business / Community 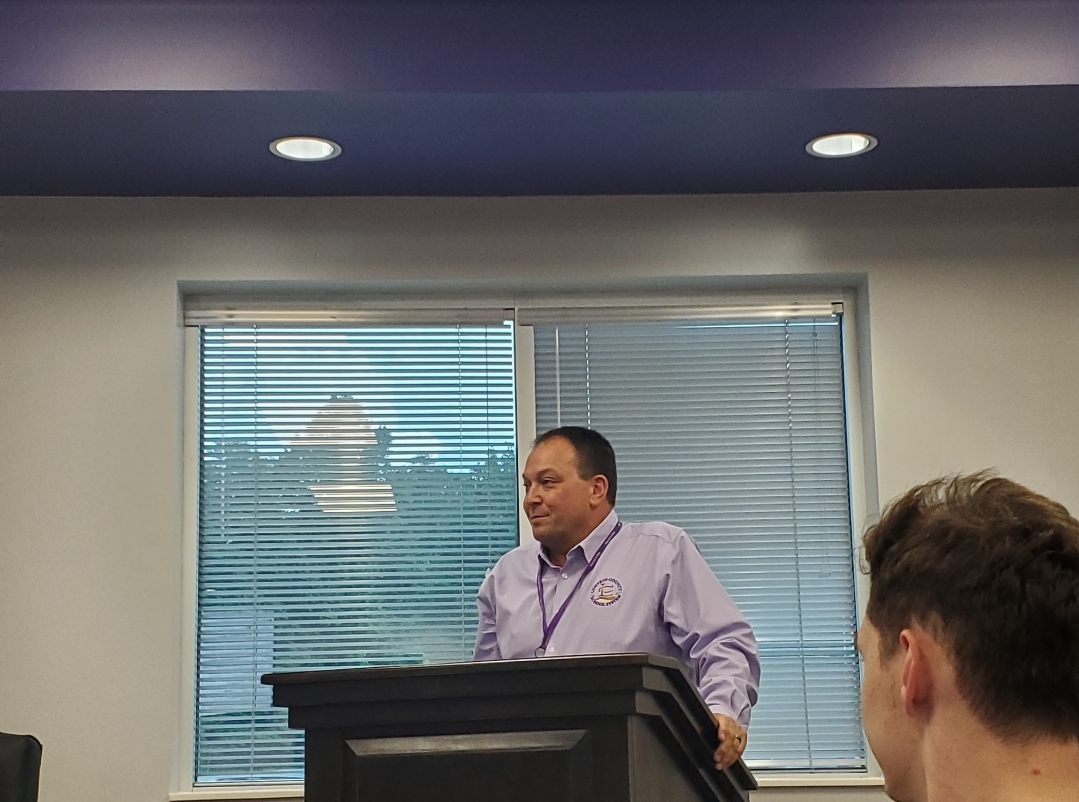 LUMPKIN COUNTY, Ga.- Chief Operations Officer Greg Trammell presented the Lumpkin County Board of Education with the project updates going on in the school system.

One of the updates Trammell presented for the board to consider was an amended intergovernmental agreement (IGA) with the Lumpkin County Board of Commissioners. Superintendent Dr. Rob Brown also presented the board with possible dates for parent conferences for this school year.

Trammell’s update began with Lumpkin County Elementary school. Carrol Daniel Construction estimates that the project is about 50% complete at this time. The roof is mostly complete and the HVAC is about 40% complete.

They are using a more energy-efficient HVAC system known as variable refrigerant flow (VRF). This system is currently being used in the JROTC building at the High school with great success. 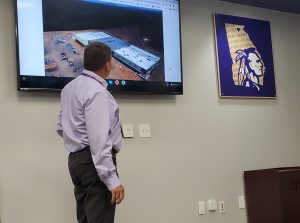 Chief Operations Officer Greg Trammell while presenting the LCES updates to the board.

Heard in the clip above is Trammell explaining the system to the board. This system was not implemented at the High School this summer because it is easier to just change out existing systems rather than put in a whole new system for the entire school. The board is interested in taking a site visit to see the process at Lumpkin County Elementary School.

Trammell also showed the board pictures of the new flooring at Lumpkin County High School. The new LV Luxury planking that has been installed will not have to be waxed like the old tile and also doesn’t require buffering twice a week. The hope is that it will also help the air filters last longer now that the buffering dust will not be blown into the filters.

It is a very durable flooring. By the time the High School project is completed next summer this will be the majority of the flooring throughout. They also added epoxy over the floors in the bathrooms and that should last forever.

“When you look at what was done and then you think they (Charles Black Construction) did all of that in an eight-week window it’s pretty impressive,” explained Brown.

Trammell informed the board that at the regular meeting on Monday, Aug. 8 he will be bringing them the bid for the new building for the College and Career Academy. The bid he plans to announce will be from Charles Black Construction, they already have the bid for the interior portion of the project. 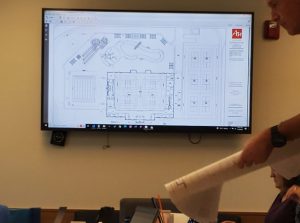 Plans for the new rec. center.

The Board of Education and Board of Commissioners are currently in an IGA for the commissioner’s original plans for the aquatic center. Recently the Commissioners revised the plans for the proposed center now being referred to as the rec. center. The plans were presented to the Board of Education at their July 18 meeting, to see those plans visit https://lumpkin.fetchyournews.com/2022/07/19/policy-updates-sitting-for-the-next-30-days/.

Now the two governments must revise the IGA to reflect the current plans. To review the IGA visit http://lumpkincountyga.iqm2.com/Citizens/FileOpen.aspx?Type=1&ID=1634&Inline=True, it begins on page 110. This will be voted on by the Board of Education on Monday, and the Commissioner at their regular meeting on Aug. 16.

Dr. Brown presented the board with two dates this school year for early release in order to give parents an opportunity to come in and meet with the teachers. Those dates fall in the middle of both semesters and they are Sep. 23 and Mar. 30.

In addition, he also presented the board with two other dates for early release. Those dates are at the end of both semesters and they are Dec. 16 and May 24. The board will approve these at the meeting on Monday as well.