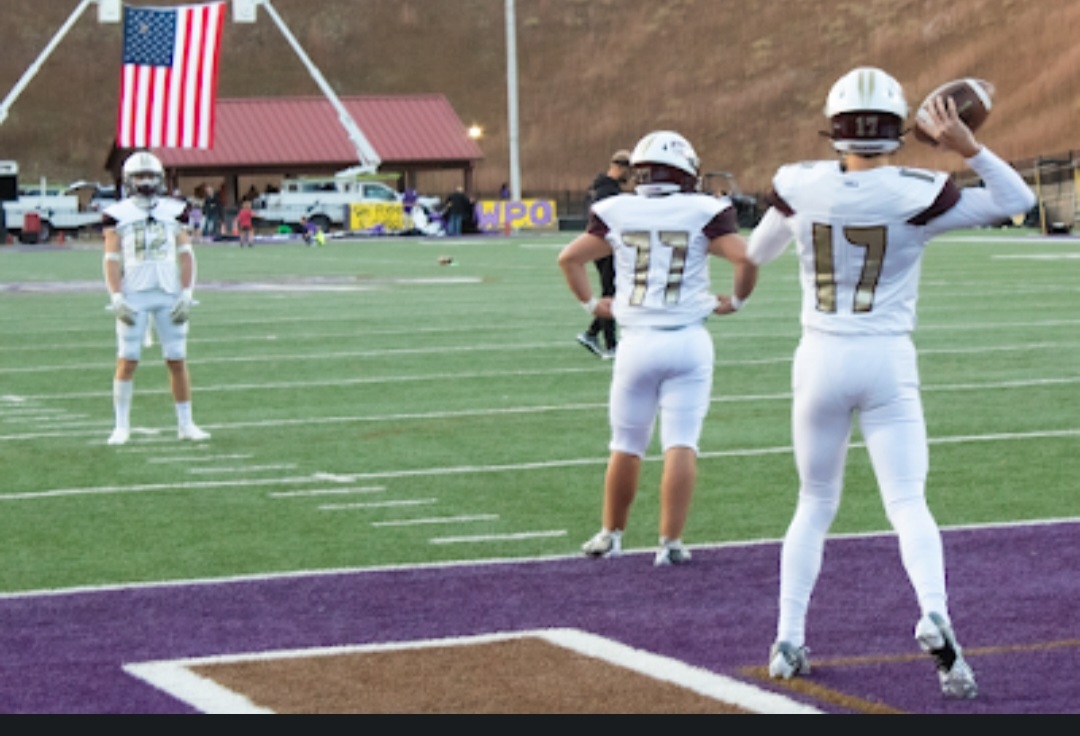 The Lumpkin County Indians hosted the Dawson County Tigers for the biggest game of their season so far. If the Tigers could beat the Indians it would make them the winner of the 7AAA region for the second time in the history of their program. The Indians would need to win this game as well as next weeks game against the West Hall Warriors to win the region. If the Indians won the region it would be the first time for the Lumpkin County program in its 62 years since it was established. The first quarter of the game would be slow as neither team was able to find the endzone. The Indians were able to kick a field goal to give them the lead in the contest. The Tigers were able to respond in the second quarter scoring the first touchdown of the game making the score 7-3. The Tigers would tack on more as they kicked a short field goal to go up 10-3 before the end of the half. The second half began with the Tigers in possession of the football. The Indians would get a huge interception that would be taken all the way back for a score tying the game at 10 a piece. The Tigers would get the touchdown back as their defense intercepted the ball for a touchdown making the score 17-10. The Indians had no luck on the next series as the Tiger defense intercepted the ball again setting up another scoring drive and making the score 24-10 as the two teams headed to the 4th quarter. The 4th quarter would be all Tigers as they were able to stop any offensive efforts by the Indians while scoring two more times making the score 38-10, Tigers. The Indian’s hope of a comeback was over as there were only 5 minutes remaining in the game. The Indians were unable to score and would fall to the Tigers 38-10. The Dawson County Tigers are now the 7AAA regional champions for the first time since 2015.

The Tigers kicked the ball off to begin the game, and the Indians were looking to score first in order to set the tone. The Indians would be unsuccessful as they put up a 3 and out and were forced to punt. The Tigers got the ball back and began driving the ball down the field. The Indian’s defense would step up and cause a 4th down. The Tigers elected to go for it but were unsuccessful as #6 Davis Glass threw it out of bounds as the player of the game #1 Cal Faulkner was able to cover the receiver. The Indians got the ball back in their own territory and began to make moves to get to the other side of the field. The Indians would get within the 20-yard line but were unable to punch their way through for a touchdown and had to settle for a field goal, making the score 3-0 Indians. The Tigers got the ball back and were looking to put themselves in a scoring position as the first quarter was winding down. Before the quarter ended, the Tigers were able to convert on 4th down inside Indian territory.

The second quarter began with the Tigers threatening to score inside Indian territory. The Tiger offense found themselves on 4th down again and elected to kick a long field goal. The ball would go just right of the uprights, resulting in another Tiger turnover. The Indians got the ball back and were aiming to get to the endzone for the game’s first touchdown. The Indians could not get anything going on the next drive and were forced to punt the ball back to the Tigers. The Tigers wasted no time and immediately responded with a 57-yard pass from Glass to #41 Hunter Casserleigh for a touchdown making the score 7-3, Tigers. The Indian’s offense was unable to respond on the next drive, forced to punt with less than 5 minutes left in the first half. The Tigers controlled the clock and marched down the field into Indian territory. The Indian’s defense was able to respond and force another 4th down, however, the Tigers were close enough to kick a field goal. The Tigers were able to score on the short field goal to make the score 10-3 as the first half came to a close.

The Tigers came back from the locker room looking to build on their strong defense and score again as they would receive the ball to begin the half. Within two minutes of the half, Glass through a pass that was intercepted by Faulkner. Faulkner caught the ball around midfield and brought it back to the house to tie the game at 10 a piece. The Indians showed up on the other side of the ball and forced another Tiger punt to give their offense a chance to take their first lead of the game. The next drive would give the Indians a taste of their own medicine as #33 Kade Moledor was able to intercept the pass from Indians quarterback #18 Cooper Scott. Moledor took the interception all the way back for a pick 6. After the extra point, the Tigers led the Indians 17-10. The Indian offense came back on the field hoping to shake off their previous turnover and get into the endzone. The Indians had no luck as Scott threw another interception that put the Tigers in striking distance at the Indian 20-yard line. The Tiger offense did not wait long to capitalize as #28 Kenny Nelson powered through for a touchdown making the score 24-10 after the extra point. The Indians were unable to respond on the next series, punting the ball back to the Tigers as the 3rd quarter winded down.

The Tigers began the 4th quarter with possession of the ball and were only 12 minutes away from winning the 7AAA region. The Tigers kept the ball on the ground to begin the 4th quarter as looked to manage the clock and keep the ball to prevent any comeback attempts by the Indians. The run game was successful as #7 Elijah Smith capped off a 6 minute with a touchdown making the score 31-10 after the extra point. The Indians were looking for a quick score as they got the ball back down three touchdowns with the clock running out. The final blow against Lumpkin came on another Tiger interception that was taken back for a touchdown. The pick-six by the Tigers put them up 38-10 ending any hopes of an Indian comeback. The Indians would get the ball back with 5 minutes remaining but could not get any traction and were forced to punt once again. The Tigers would run a few plays before the clock ran out. The Dawson County Tigers would fend off the Lumpkin County Indians to win the game 38-10.

The Tigers would become the regional champions in the 7AAA region with their win over the Indians for the second time in the history of their program. While it was not the outcome the Indians had hoped for, they will still head to playoffs after their final game of the season next week against the West Hall Warriors at home.