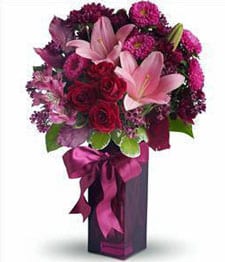 Melissa is survived by her mother Linda Goodloe Riebold of Dawsonville, sister’s Laura Riebold of Dawsonville, Jeannette Lillibridge and Brother in Law David Lillibridge of Greenville South Carolina, and brothers Michael Witt Dawsonville, Ronnie Witt of Dawsonville, Geoff Witt of Washington, and Michael Clooney of St. Louis, Mo.  Melissa was a woman who proved that you could be glamorous and goofy all in one. Melissa loved to make others around her laugh and loved to prove that living life by your own rules was worth the time and effort. Melissa was born in Warren, Michigan and converted to southern living in summer of 1997. Melissa had a gypsy soul and a heart for helping others. She will be remembered as a beautiful daughter, sister, and friend. Melissa was a genuine soul and hard working woman.

There will be a memorial service announced at a later date. Family of Melissa will announce when it will be. Family of Melissa requests if you are wanting to honor her memory please donate to a cancer charity or animal charity of your choosing and place her name and yours on the donation slip.