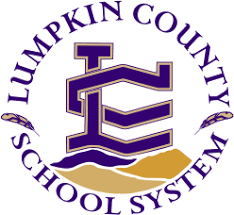 LUMPKIN COUNTY, Ga.– The Lumpkin County Board of Education held a called meeting on Friday August 24. According to Superintendent Dr. Rob Brown, the purpose of the meeting was to discuss the press release that was posted earlier this week on the Lumpkin County School System Facebook page. He also stated during opening comments that, “We’re here tonight to ensure our community understands that our elected school board members do desire their feedback and are available to them.”

Brown opened the floor to anyone who had concerns regarding school system finances. Dahlonega resident, Seth Alhadeff, addressed his concerns with the board, “The first talking point I’d like to mention is the elephant in the room; the senior tax exemption.” Alhadeff suggested that the board should allow the community to share their opinions on the tax exemption, in order to find a solution, “If you guys [LCBOE] would team up with the county and possibly host a public opinion focus group, to get everyone’s opinion on the senior tax exemption…maybe opinions have changed in the past 10 years.”

He also stated the he felt like the focus of the board has primarily been on extra-curricular activities, rather than academics, “It seems like over the past couple of years, since Dr. Brown has been the Superintendent, there’s been a focus and emphasis, and a considerable amount of funding towards extra curricular activities; specifically the brand new tennis courts, wrestling, and weight room, and of course now the ROTC center.”

Alhadeff added that he was a fan of sports and understood their significance, but was still concerned, “I know the gifted program has shifted, and I understand the changes that were made…with two young children in the school, I feel like it’s a disservice that the gifted program has now changed, for whatever reason.” Brown asserted that, “The senior tax exemption is a challenging proposition for everyone who pays taxes in Lumpkin County…that is not, in my opinion, for the school system to host a forum and to fight that battle. It’s the community. We have zero control over that”

The other points presented to the board included the elementary school that no longer has a teacher to lead the Science Club since the former teacher moved to Lumpkin County Middle School, and also the possible discontinuation of the Odyssey of the Mind program

Brown addressed Alhadeff‘s concern relative to an increased focus on extracurricular activities by stating, “I’ll make no apologies, because that is what was addressed in our SPLOST.” Brown also mentioned that the previous ESPLOST included academic improvements such as, technology, technological devices, and increased internet speeds.

In regards to JROTC/Science building, Brown explained that the project has not been approved as of yet, “We are in the planning stages. The Nugget inappropriately posted that it had been an approved project. We are still in the very preliminary stages of that facility, and we discussed last week what it was going to look like.” He further explained that the project will create new science classrooms and laboratories for the students to use. The space used for JROTC, Brown stated, would be determined based on what the state says they need, and also by what the program needs.

Concern over the absence of the board during their most recent public hearing in regards to the millage rate vote was not discussed.