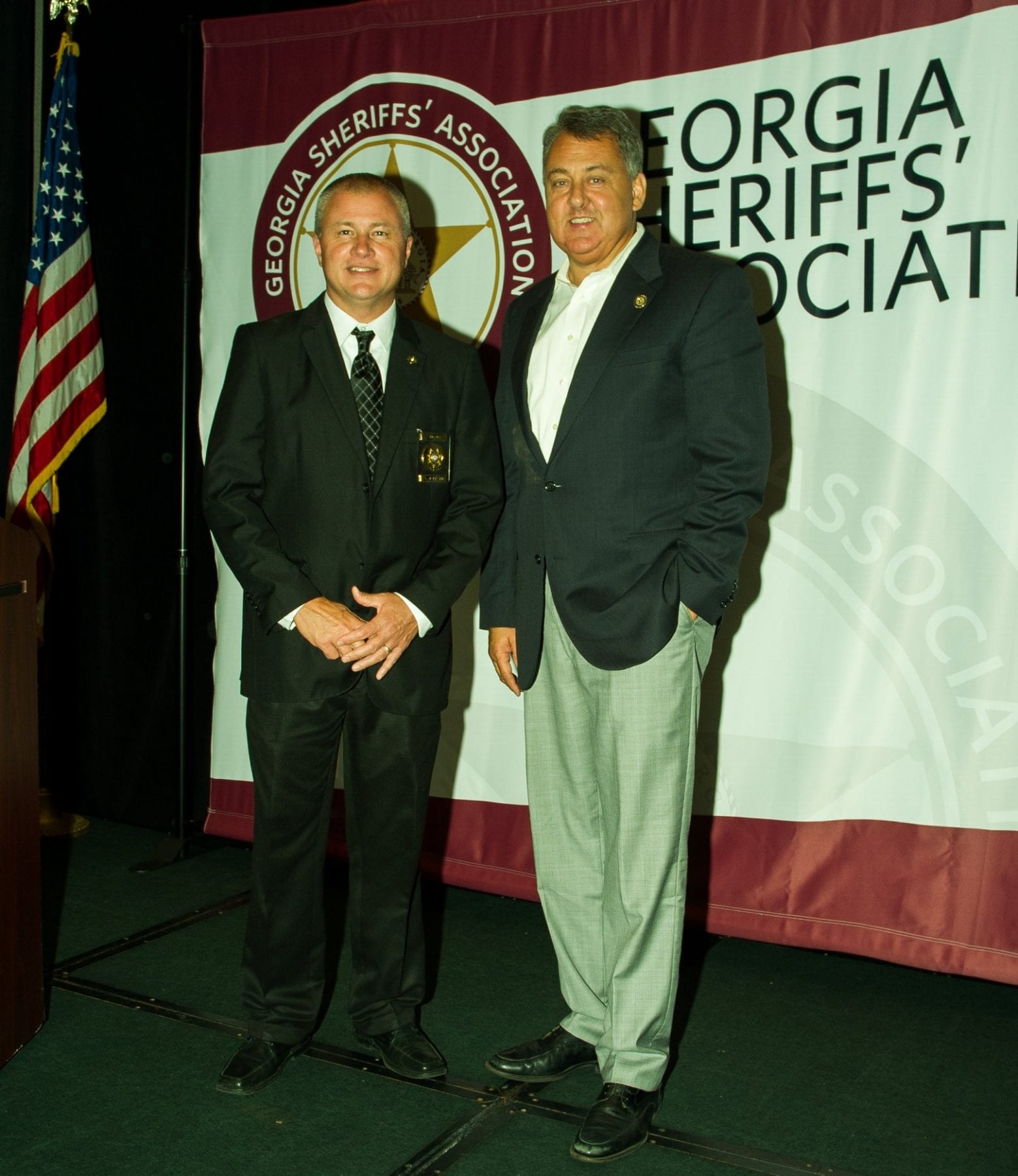 Lumpkin County Sheriff, Stacy Jarrard, was sworn in as the 2019-20 president of the Georgia Sheriff’s Association (GSA) on Thursday, July 25 during their annual Sheriff’s Summer Conference.

The conference is typically three days, ending with the induction ceremony. This year, the conference was located at Lake Lanier Islands Legacy Lodge and went from Tuesday, July 23 until Thursday, July 25. 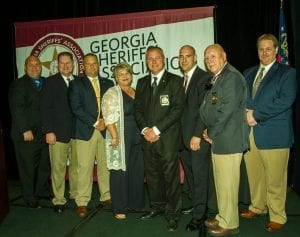 Jarrard was sworn in by Lumpkin County Probate Judge, Michael Chastain. Judge Chastain told FYN that it was “certainly an honor and a privilege to have the opportunity to administer the oath to the officers of the Georgia Sheriffs Association, and in particular Sheriff Jarrard…As a resident of Lumpkin County, I am very proud of what Sheriff Jarrard has accomplished during his tenure as our Sheriff and during his career in law enforcement.” Chastain also explained why he felt Jarrard was “well suited to serve as the president of the Georgia Sheriff’s Association,” with the main reason being that he was “elected to the position by his peers…As a whole, the 159 Sheriff’s of the state of Georgia chose him to serve as their representative. This shows me an incredible amount of confidence in his abilities from the people who know best what is needed to be successful in the position.”

When asked what he hoped to accomplish as GSA president, Jarrard told FYN that his main goal was to make it so that Georgia’s local jailers, dispatchers, and anyone working in public safety would be able to receive Peace Officer’s Annuity and Benefits (POAB), “Unfortunately, when people first enter law enforcement, they have to work without it counting towards their retirement. I want to make that happen….Just like with a lot of professions, the entry-level employees are the hardest working of the whole establishment…that’s what I’m working hard for; I have a year to try and make this happen.”

Before being elected as GSA president, Jarrard had to work his way through the GSA, including being president of the GSA youth homes for  three years, “I was already planting bugs at that time that I was going to run for this [GSA President] and that’s what my main mission was [POAB for all public safety employees].” 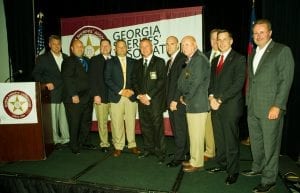 Lumpkin County Coroner, Jim Sheppard, attended the ceremony with his wife, Rhonda, and their daughter. Sheppard also expressed his elation over Jarrard as GSA president, “I am so, so proud of Stacy. Him being named the president of the GSA just furthers our footprint here in North Georgia that Lumpkin County is one of the top counties when it comes to elected officials, public support, the community, and the partnerships we’ve created together…he’s [Jarrard] is going to be a major player down at the capital. He’s going to have a strong voice.”

Former GSA president, Gilmer County Sheriff Stacy Nicholson, told Fetch Your News that during his term, his number one goal was to, “restore and rebuild bridges with our state politicians.” Nicholson further explained that collectively, the main priority of the GSA is public safety. He described his experience of handing the gavel over to Jarrard as a “very rewarding experience. I was very happy to hand over the gavel to Sheriff Jarrard; I feel like he’s going to do a great job.”

The GSA was founded in 1954 and is a non-profit corporation that is limited to 159 elected sheriffs who support the law enforcement community. According to the GSA website, their mission is, “To promote and further professionalize the Office of Sheriff in order to enhance public safety throughout Georgia.” 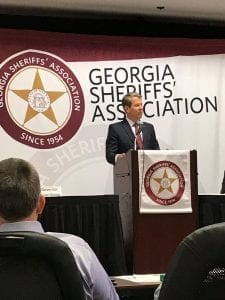