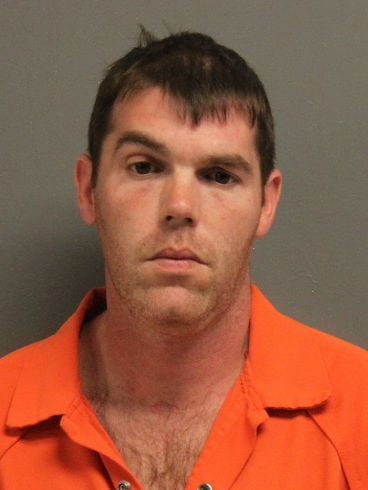 DAHLONEGA, Ga. – Clyde Banks, 33 of Dahlonega, was arrested last week and charged with punching his wife Amber Banks, 31, in the face and slashing her wrist with a knife.

According to Lumpkin County Sheriff’s Office Deputy Kevin Ellison, he responded to 494 Flanders Road in reference to a domestic dispute where Amber Banks explained that she and her husband had gotten into an argument on the way to church that morning. Later in the day, she began packing his clothes. She added that when her husband entered the room, he placed her in a choke hold, then struck her in the face and head with his fist before pulling out a knife inflicting a minor slashing wound on her wrist.

She was able to locate another phone and call 911 for help. Clyde Banks fled the scene before deputies arrived but he was arrested at 5 p.m. in Dawsonville.