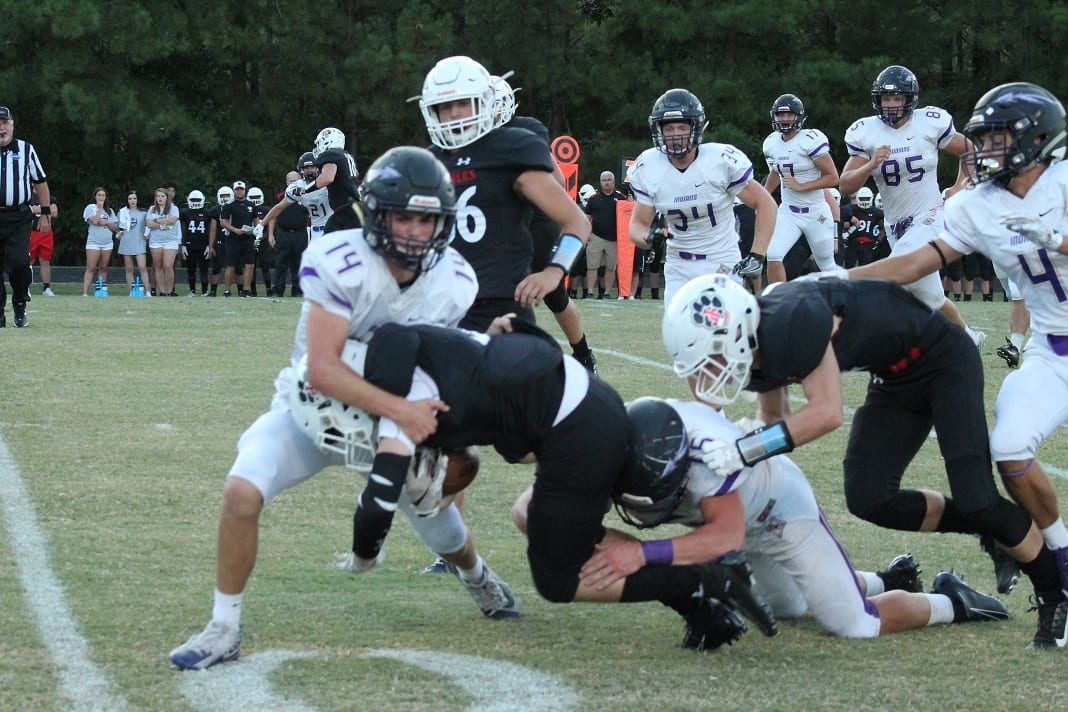 The Lumpkin County Indians football team fell in a tough loss to the Jackson County Panthers on Friday night. But there was one bright spot. In a game that was hosted at Jackson County, a hour away from the Indians home in Dahlonega, the stands were filled with loyal Indians fans. No matter what, the Lumpkin County football team will always have family and friends there to support them. 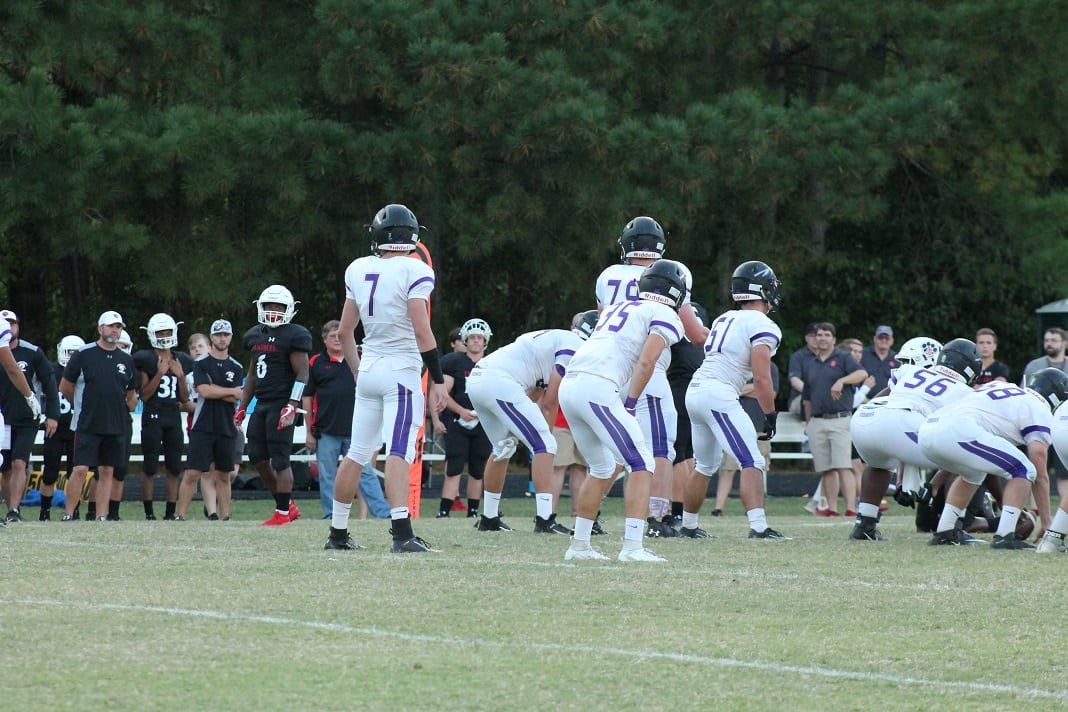 The Lumpkin County offense lining up for a play.

Lumpkin County started the game on a high note- a fumble by the Panthers recovered by the Indians. A combination of carries by Drew Allison and BoJack Dowdy, along with a completed pass from Tucker Kirk to Brian Cunane, almost got the Indians into Panther territory until a fumble was recovered by the Panthers. Jackson County was set up in scoring position in Indian territory, which they took advantage of for their first touchdown of the night. The extra point attempt was no good, but during the Indians next drive a snap was recovered in the endzone to score a safety for the Panthers. With 4:37 left in the first, the Panthers held a lead of 8-0.

Jackson County scored again during their next drive to extend their lead 14-0. The Indians were able to gain some yardage on their next drive, but another bad snap forced them to punt on fourth down.

The Indians defense was able to hold the Panthers offense for the remainder of the first quarter, but the Panthers scored again to open the second quarter. Jackson County scored again on their next drive, but a penalty for an ineligible receiver down field negated their touchdown. The Indians Roy Bennett helped to further prevent a Panther touchdown for his coverage of the receiver on third down.

Jackson County scored once more to finish the half with a 28-0 lead. 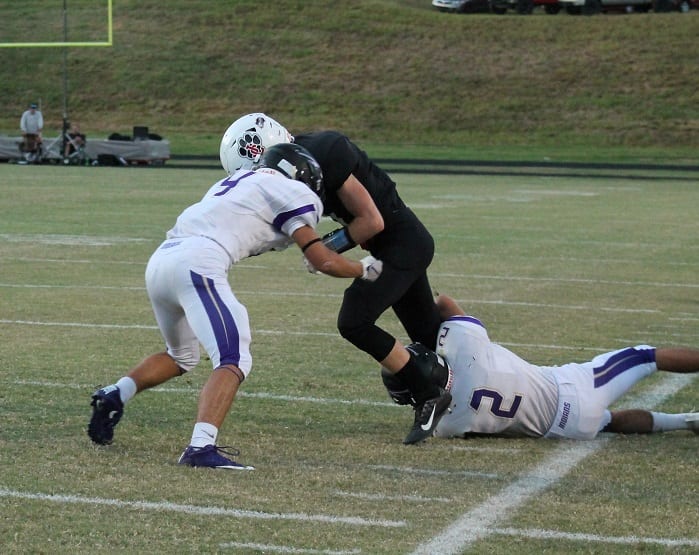 The Lumpkin County defense with a stop.

Coming out of the half, the Indians were ready to play harder. They were forced to punt after their next drive, but the ball was fumbled by the Panthers receiver and recovered by Jared Hoch for an Indians first down. Unfortunately the Indians offense was unable to move the ball very far before an interception by the Panthers.

The Lumpkin County defense played a great game in the second half; they held the Panthers to a field goal in their drive after the interception. Furthermore the Panthers were unable to score for the remainder of the game up against the Indians defense.

At the final buzzer, the Panthers were ahead 31-0. After a tough series on the road, the Indians will have the home field advantage during next week’s game against Gilmer County.