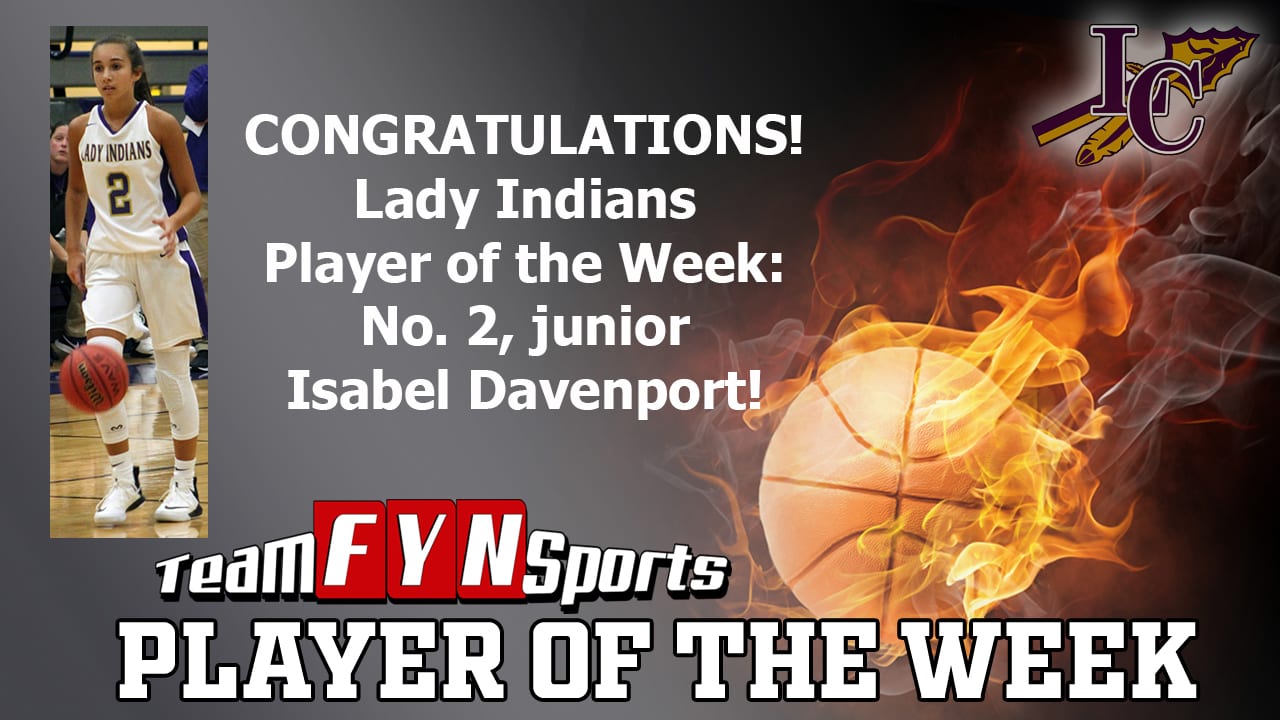 Lumpkin Co. junior Isabel Davenport is the TeamFYNSports Writer’s Player of the Week for the Lady Indians!

Davenport led the team in scoring in two games last week as Lumpkin Co. played in the Tabo’s Tipoff Classic at Jefferson High.

The Lady Indians (5-2) went 1-2 in the tournament, but those two losses were by a combined four points.

The day before, Monday, Nov. 25, Davenport scored a team-high 23 points as the Lady Indians took down Class 6A’s Winder-Barrow, 58-39, to earn their only win of the tournament.

Davenport will be an important piece of the puzzle for the Lady Indians, who are ranked in the top 10 in Class AAA.

For her efforts this week, Lumpkin Co. junior Isabel Davenport is the TeamFYNSports Writer’s Player of the Week for the Lady Indians!