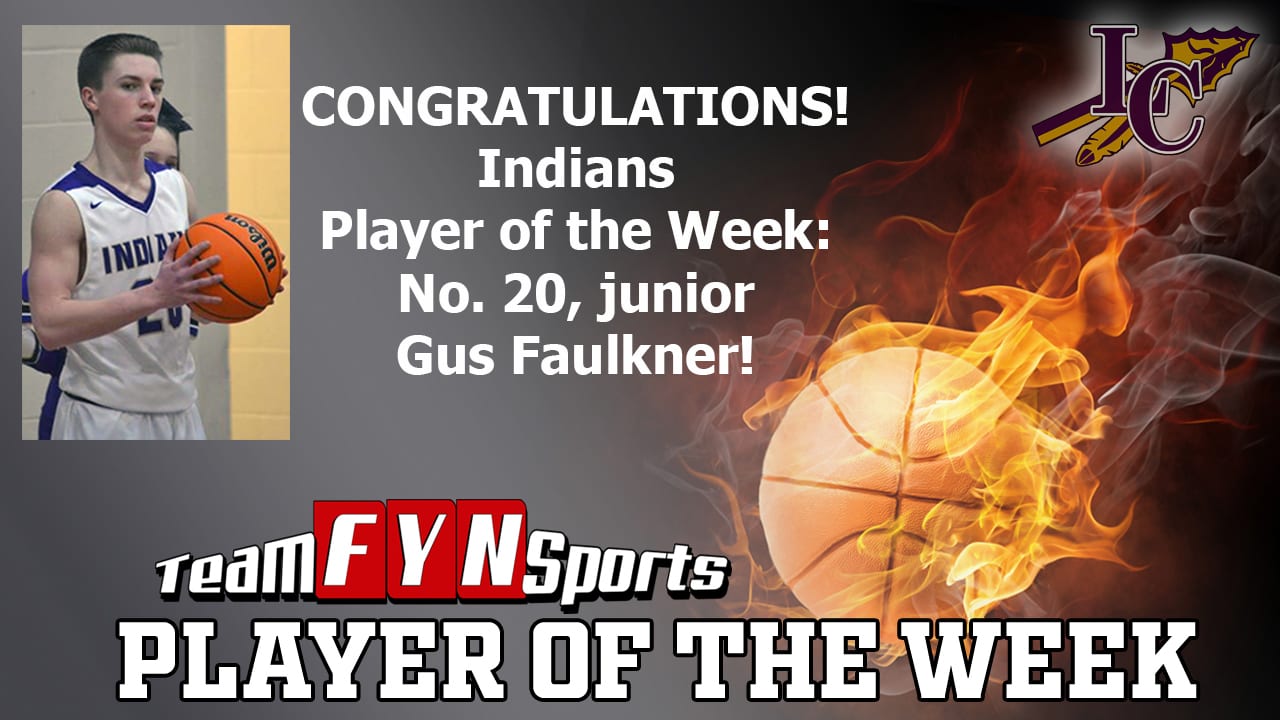 Gus Faulkner is the TeamFYNSports Player of the Week for the Indians!

In his best game of the season Friday, Dec. 20, Faulkner scored 20 points, pulled down six rebounds, and added five assists as the Indians handed the Banks Co. Leopards (9-1, 3-0 Region 8-2A) their first loss of the season 85-67.

For his efforts, Faulkner is the TeamFYNSports Player of the Week for the Indians!